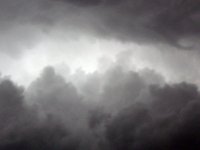 Performance problems are costing enterprise cloud users tens of thousands of pounds leading many to delay or stop moving more of their applications to a hosted environment.

Research from Compuware of IT directors across Europe showed that more than half (57%) were rethinking the speed of cloud deployment in the wake of performance problems.

A figure of €608,000 being lost by large organisations annually came out of the Compuware findings and the poor experiences are impacting confidence in the technology.

"The typical user will get frustrated and navigate away from an application if it takes longer than six seconds to respond," said Richard Stone, cloud computing solutions manager at Compuware.

A significant 84% of those quizzed revealed that they expected cloud SLAs to go further than just availability metrics.

Stone said that there was clearly a reseller opportunity helping customers improve performance but there was also a danger as some customers looked to point the finger of blame at suppliers.

"It can be the enterprise, the internet with the last mile first mile and the cloud service provider," he added "Who's problem is it is a different question to who gets the call."

Fears over security along with performance issues have been two of the problems that have held cloud computing back.

One reseller specialising in cloud services said that users were still looking at the hosted option on an application or departmental level to avoid exposure to performance issues that could impact widely across the business.