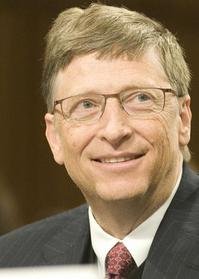 Several of the IT industry's biggest names have signed up to a new philanthropic drive to donate half their fortunes to good causes.

Dubbed the 'Giving Pledge' and spearheaded by Microsoft's Bill Gates (pictured) and investor Warren Buffett, a total of 40 other billionaires have agreed to join in.

They include Oracle founder Larry Ellison, estimated by Forbes to be worth around $28bn, as well as Microsoft co-founder Paul Allen, worth $13.5bn and former Cisco chairman John Morgridge, thought to have around $1.6bn in the bank.

"We've really just started but already we've had a terrific response," Buffett said in a statement.

Writing on the organisation's website, Microsoft's Paul Allen added: "I'm proud to have helped fund great work done by non-profit groups.... But there's always more to do. There are many challenges around the world that I know will keep us broadening our reach and looking for ways to help. My philanthropic efforts will continue after my lifetime."