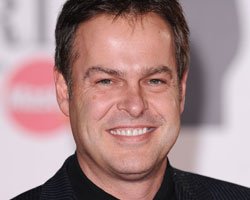 The word on the street is that Computer 2000 is leading negotiations with mobile phone and airtime distributor Data Select that could lead to an acquisition.

The UK's largest IT distributor, C2000 has ramped investment in its specialist business units in recent years, boosting the ranks at Azlan, Maverick, Datech and its European joint venture with mobile phone player Brightstar.

According to channel insiders, C2000 is currently thrashing out a potential deal with fast growing Data Select, a wholesaler of handsets and networks from brands including O2, Samsung, Nokia, T-Mobile and Vodafone.

Slough-based Data Select, part of the Phones International Group (PIG) owned by serial entrepreneur Peter Jones of Dragon's Den fame, turned over £179m in the year to 30 April, up 20% on 2009 as profits fell 21% to £4.1m due to the market slowdown and lower margin sales mix.

Any deal would bolster C2000's European mobile phone operation that it formed in 2007 with wireless specialist Brightstar, and build on last year's acquisition in Austria of AKL Telecommunications.

The UK arm of Tech Data, C2000 has an ambition to become a £2bn distributor in the next three to four years but with revenues currently estimated to be £1.2bn will need to look beyond organic growth to hit that target, say sources.

Peter Jones, Chairman and CEO at Phones International, said he was aware of industry talk, "There are always conversations happening and if my team comes to me with a proposition I'll look at it."

"Any business that I have is for sale at the right price...we have had offers for the business but there is nothing sitting in front of me that I've accepted or will be accepting," he told MicroScope.

Computer 2000 denied it was in talks with Data Select.