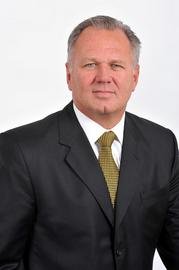 Computacenter (CC) has bulked up its French operation after splashing out €21m (£17.6m) on reseller Top Info SAS.

London-based giant CC made no secret of plans to use its stockpile of cash to bankroll M&A activity in 2011 but deals were expected to be signed after the summer when an overhaul of internal IT systems is due to finish.

The deal includes an initial debt free cash consideration of €21m but may rise by a further €1m dependent on Top Info's financial performance this calendar year.

"The Top Info business will enhance Computacenter France's presence within the IT infrastructure supply market to the large corporate and government market," said Henri Viard, chief executive at CC France.

French outfit Top Info made €4.5m (£3.8m) profit before tax in the last financial year ended 31 December on the back of €147.2m (£124m) in sales and the buy is expected to take CC closer to arch rival SCC's country operation.

In 2009, CC had a turnover in France of €358.7m and made an operating loss of €3.1m but according to prelim numbers for 2010 had its best year for some time and looked likely to break into a small operating profit.

The acquisition of Top Info - which employs 240 staff across four locations in France and has a customer list including SNCF, Credit Agricole and EDF - is expected to close by 31 March, subject to competition clearance in France.

"The Top Info business will strengthen the core of our French business and we are expecting the acquisition to be earnings enhancing for Computacenter in 2011," said CC group boss Mike Norris (pictured).