A side effect in dynamic random-access memory (DRAM) that occurs due to increased density, creating a challenge to prevent cell charges from interacting with adjacent cells, has evolved to the vulnerability called Rowhammer. Discover how it is used to exploit memory management techniques in different environments, inject errors in cryptographic protocols and perform privilege escalation attacks, and the counter-measures to help protect your organisation from attack. 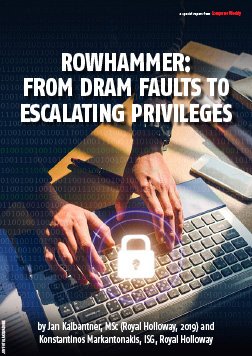