VDI specialist AppSense has decided that the channel is going to play an even more important role in the future and has decided to increase significantly the support it can offer its top partners. 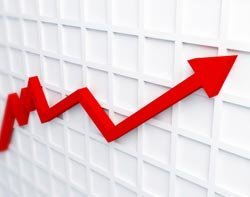 The firm has been reviewing its options with partners and come to the conclusion that it can get even more out of its platinum level relationships if it increases its investment in those resellers.

As a result the three platinum partners in the UK - Computacenter, Kelway and Ultima - and the 11 in the US should see the level of funding going into their programmes from the vendor increase by ten times as it looks to encourage faster growth via the channel.

The channel charge is being led by AppSense's senior vice president of marketing Jed Ayres, who recently came into the vendor after a couple of decades working for various channel partners.

"At the senior level of this organisation we realise the channel is how we are going to grow," he said that the firm's CEO was particularly keen on driving innovation through the channel.

"We’re going to make a huge surge in our investment in our channel partners in the coming months including 10x the spend on MDF. We’ll be doubling down with our platinum partners and making some substantial bets ahead of revenue. We’ll also be increasing our training and enablement efforts which we always provide free to our partners," he added.

The vendor held its first platinum meeting in the US last week with the 11 partners coming together telling AppSense that they were looking for a more intimate relationship that would help them lean on the resources that were being made available.

Ayres added that it was looking at gold and silver partners and might increase the investment there but had not yet formalised its plans for those tiers.

AppSense is expecting to add to its platinum numbers, bringing on board another five to seven partners across EMEA as it extends the programme to new countries, starting with Germany.