The software industry has worked hard to try and provide users with enough reasons not to cut corners and use illegal software ranging from warning pirated discs can often fund terrorism to stressing the chances of getting something nasty along with the application are also a serious prospect. 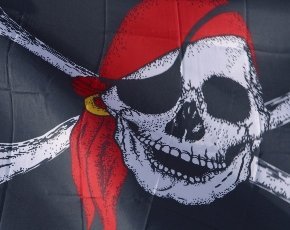 That last point is now one with added weight as a result of a report from the Business Software Alliance (BSA) that makes a direct link between unlicensed software and malware.

The industry group found that those countries that had high levels of unlicensed software also had increased cases of malware and as a result of the strong correlation there has been a renewed call to eradicate illegal products.

The bulk of the findings were gathered by BSA member Microsoft, which looked at the links between illegal software and malware across PCs deployed in 81 countries.

Over the past decade there have been plenty of efforts made tob try and bring the UK unlicensed software rates down from the current level, which is just below a quarter, and the latest facts should provide more ammunition for ISVs and those in the channel specialising in software asset management tools.

“Malware infections can cause significant harm, and organisations are struggling with how best to protect themselves,” said Jodie Kelley, senior vice president and general counsel at BSA.

Last year the BSA published its latest Global Software Survey, which found that 24% of software installed in the UK was unlicensed. That figure might not be great but it compares fairly well to a level of 43% globally.

The Uk has also been showing signs of winning the war against the pirates and the level of 24% was a drop of three points and a saving to the industry of around £1.2bn in revenue for the first time in three years.

“This analysis shows that the link between unlicensed software use and malware is real, meaning good software management is a critical first step to reducing cybersecurity risks," she added.

When users have been asked in the past by the BSA why they use opt to use legal software one of the main reasons is to avoid getting malware and many users are worried about being exposed to hackers and potential data loss.

“The findings from this report should serve as a wake-up call for a lot of UK businesses,” said Warren Weertman, senior counsel – EMEA, BSA. “Nearly 1 in 4 pieces of software installed in the UK are unlicensed which may very well be leaving both consumers and businesses open to security breaches through malware."

"We encourage all companies to make sure they safeguard themselves against these risks by implementing software asset management processes and ensuring they have the right number of licenses for the software they are using," he added.