As a private company Veeam has traditionally revealed the increase in its revenues but not gone much further in providing specific details about the size of its business. 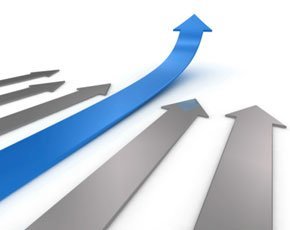 But with revenues hitting $389m across a base of 135,000 customers the virtualisation specialist has taken the step of providing a dollar value turnover figure for the first time.

The $389m for the firm's 2014 fiscal year was a 40% improvement on 2013 and is a rate of growth that the firm expects to get close to again in its current trading period.

Ian wells, vice president North West Europe, Veeam, said that it had decided to share more information because it had never called out the number before and wanted to give resellers and customers an indication of its growth.

"Some customers are going to take a look at this and think that this company is bigger than they thought it was. There is a perception [in some areas] of the market that Veeam is a small operation but the revenue and customer base shows this is a significant operation," he said.

Wells added that the revelations about its performance would provide "some comfort" to both resellers and customers and would make it more attractive for future channel partners.

"The job is not done in the channel and we still welcome new partners and this is still a great opportunity," he added that a lot of its revenue growth had come from net new customers, which had been a focus of FY14, but it wanted resellers to work with existing users to develop those relationships.

At the same time Veeam also received a boost from invalidating Symantec's patent litgation suit, which has been running since 2012, that the firm infringed patents in its backup and replication products.

"This is a big victory for Veeam...This case shows that Veeam will not back down in the face of threats, even when those threats are made by a large company like Symantec,” said Ratmir Timashev, CEO of Veeam.