Six months after North Korea condemned Sony Pictures over the production of a satirical comedy, a fairly amusing entertainment story has turned into an all-out cyber-terrorism crisis. 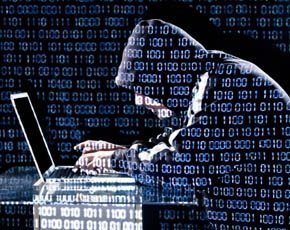 The fallout has forced the studio to cancel the release of The Interview after major theatre chains decided not to premiere the movie. The comedy, which sees the two protagonists (Seth Rogen and James Franco) sent on a mission to assassinate North Korean leader Kim Jong-un, has sparked an international crisis, with hackers threatening moviegoers with a 9/11-style attack. The events mark one of the most poignant corporate breaches of security in history. MicroScope examines the events leading up to the current situation.

As if from the pages of a Hollywood film, skulls appear on Sony employees’ screens. In the days that followed, Sony's internal network is crippled by a ‘brazen attack’.A message to Sony employees reads: “We’ve already warned you. This is just the beginning. We continue till our request be met. We’ve obtained all your internet data including your secrets and top secret files. If you don’t obey us, we’ll release data shown below to the world.”

In the days that follow, a group calling themselves the Guardians of Peace (GOP) takes responsibility for the attack, claiming to have stolen over 100 TB of secure Sony data.

Speculation begins to mount that North Korea may be behind the attacks in retaliation for the upcoming release of The Interview.  A spokesman for North Korea denies involvement, but praises the hackers, calling their attack a ‘righteous deed’.

At least five new movies from Sony Pictures appear on file sharing sites prior to their official release.  Annie, Mr Turner, Still Alice, To Write Love on Her Arms and Fury are downloaded illegally by hundreds of thousands of people, costing the Hollywood film studio millions of dollars in lost revenue.

The salaries of more than 6,000 Sony employees, including 17 Sony executives, are leaked and published by media outlets around the world.

Despite the worsening situation, the stars of the movie, Seth Rogan and James Franco, continue to mock the hackers. Sony requests that the FBI investigate the cyber-attack and contacts media outlets publishing the stolen data.

“Should I ask him if he liked DJANGO?” Pascal asks Rudin, referring to Quentin Tarantino’s movie about slavery.

“12 years,” Rudin responds, again referencing a movie looking at the slave trade in the United States.

Communications continue to be leaked with embarrassing consequences for Hollywood stars including Angelina Jolie, Leonardo DiCaprio and Adam Sandler.

The GOP sends an email to Sony staff, insisting that they sign an email petition and threatening to harm their families if they do not comply. The full email reads:

I am the head of GOP who made you worry.

Removing Sony Pictures on earth is a very tiny work for our group, which is a worldwide organization. And what we have done so far is only a small part of our further plan. It’s your false if you think this crisis will be over after some time. All hope will leave you and Sony Pictures will collapse. This situation is only due to Sony Pictures. Sony Pictures is responsible for whatever the result is. Sony Pictures clings to what is good to nobody from the beginning. It’s silly to expect in Sony Pictures to take off us. Sony Pictures makes only useless efforts. One beside you can be our member.

Many things beyond imagination will happen at many places of the world. Our agents find themselves act in necessary places. Please sign your name to object the false of the company at the email address below if you don’t want to suffer damage. If you don’t, not only you but your family will be in danger.

Nobody can prevent us, but the only way is to follow our demand. If you want to prevent us, make your company behave wisely.

The GOP release a statement saying that they are preparing a ‘Christmas gift’, threatening that larger quantities of data will be leaked.

“The gift will surely give you much more pleasure and put Sony Pictures into the worst state,” the hackers say, adding that employees can request that their information be removed.

The hackers release a statement warning cinemagoers to stay away from theatres showing the film, and refer to the 9/11 attacks. The full statement reads:

We will clearly show it to you at the very time and places "The Interview" be shown, including the premiere, how bitter fate those who seek fun in terror should be doomed to.

Soon all the world will see what an awful movie Sony Pictures Entertainment has made.

The world will be full of fear.

We recommend you to keep yourself distant from the places at that time.

(If your house is nearby, you’d better leave.)

Whatever comes in the coming days is called by the greed of Sony Pictures Entertainment.

All the world will denounce the SONY.

Sony does not pull the plug on the premiere but gives cinema chains the option to not show the movie. The five biggest chains in the US - Regal, Carmike, AMC, Cinemark and Cineplex – all decide not to show the movie.

Sony is left with no choice, and postpones the premiere of The Interview.