While the mainstream media has been thoroughly dissecting the more election focused elements of the Autumn Statement, business leaders have begun analysing what the chancellor’s announcements mean for their community. 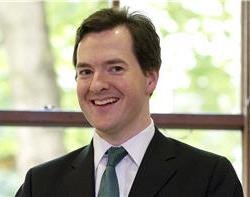 Opening up access to finance for SMBs was a central theme in the chancellor’s statement and despite the positive response from business leaders, many felt that the government needed to expand its support ethos.

“Providing better access to funding is part of the solution, but the UK also needs to foster a culture of innovation,” said Lee Wade, CEO at Exponential-e. “Providing more support and guidance for start-ups that are pushing boundaries in rapid growth sectors, for example, high-technology would create a more bullish attitude towards the future of British PLCs.”

Wade believes that in order to help small businesses expand their horizons, government support should be multi-faceted, rather than purely financial.

“Real tangible support designed to help small business grow into mid-sized companies will also help the UK rebuild its reputation as a champion of innovation and make it an attractive place to work, invest and create jobs in the long-term,” Wade insisted.

Julian David, CEO of techUK, thought that more could be done to ensure Britain remained at the forefront of emerging technologies.

“The missed opportunity of [the statement] was the failure to provide greater backing of the UK as a world leader in the Internet of Things (IOT),” explained David. “This will be the next internet revolution. Countries like China and India are now outpacing the UK in the race to seize this £4.6trn opportunity. We call on the government to look at this issue again.”

The UK’s industry body for the technology sector recently launched a digital manifesto providing government with a series of recommendations. David was pleased to see that some of these suggestions made it into the Statement.

“Innovation is key to growth and the government is right to encourage SMEs who invest in R&D through supercharged tax credits. We also welcome the government’s initiatives to reverse the decline in UK students undertaking STEM masters courses and the new £45m programme to encourage new companies exporting for the first time – both of which we called for in our techUK manifesto.”

“We welcome the news that the Super Connected Cities Scheme will see a £40m boost and will be extended into 2016,” said Smith. “Technology can transform small businesses, and high-speed broadband is crucial for SMEs who want to prosper in our economy.”