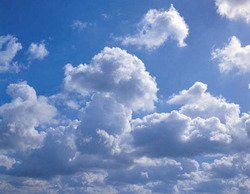 The "myth" that cloud computing is inherently slower than conventional hosting environments has been dispelled, a new study claims.

According to digital consultancy Intechnica, cloud computing can be at least as fast as traditional hosting environments but customers need to be careful about how they adopt the technology.

The startling claim was made after testing four different environments - Vmware, Azure, Amazon Web Services (AWS) and physical servers - running an open source, commerce application which was chosen because it represented the two-tier application infrastructure common in most business applications.

According to the report, entitled How Fast is the Cloud?, the results for Azure and VMware "demonstrate unequivocally that the cloud can perform as well as, if not better than, physical servers. If our research serves no purpose than to have dispelled the myth that the cloud is not fast then it has been a worthwhile exercise".

While AWS lagged behind in the initial tests, Intechnica found that by making minor changes to commonly-used SQL stored procedures, its performance improved by 57%.

According to Intechnica, the results revealed a number of factors people considering adopting a cloud-based model should be aware of, such as the fact "not all clouds are the same" so they should take the time to choose the option that best suits them.

While there was no performance hit for virtualisation with nearly identical results for Vmware and physical servers, public cloud services such as AWS and Azure were not equivalent to VMware solutions.

Those who rushed into the cloud without thinking through how to use it would not realise the significant cost savings available and "an ill-thought through or poorly managed use of the cloud will result in painful consequences". Cost benefits could only be realised when using cloud options sensibly.