IBM is nothing if not consistent. Yesterday it reported its 13th consecutive quarterly decline in revenue and sales. 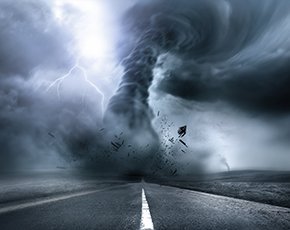 Big Blue posted second-quarter adjusted profit of $3.84 per share on $20.81bn in sales, a 13% year-over-year drop on both figures.

Analysts had expected earnings of $3.78 a share on $20.95bn in revenue, so the vendor managed to beat earnings expectations, but fell short on revenue.

IBM once again pulled out a sexy shade of red lipstick and attempted to apply it to what was unmistakably… a rather hairy pig. The Armonk, NY-based  company said that once currency effects had been taken into consideration, along with the ditching of its System X server business, sales would have fallen by only 1%; but even that wouldn’t have changed the headlines.

Ginny Rometti insisted that it was all part of the turnaround plan and focused on the high growth markets - cloud and analytics.

These two areas were indeed a ray of sunshine on an otherwise cloudy day. Revenue for the cloud and analytics increased by 20%, with cloud sales specifically, jumping by healthy 50%.

"Our results for the first half of 2015 demonstrate that we continue to transform our business to higher value and return value to shareholders,” Rometti said in a statement. “We expanded margins, continued to innovate across our portfolio and delivered strong growth in our strategic imperatives of cloud, analytics and engagement, which are becoming a significant part of our business."

But even the finest of lipsticks and the most succulent of glosses did little to prevent the words “13th consecutive quarter” from echoing down the corridors of Wall Street.

IBM’s biggest cash cow, Global Business Services and Global Technology Services, were down 11% at $12.4bn. Admittedly, the currency climate did have a significant impact on all of the figures.

It’s not all doom and gloom at Big Blue. The tech giant announced a couple of weeks ago that it had achieved a major breakthrough in the computer chip space, by successfully shrinking transistor gates down to 7nm. The most advanced chips currently on the market are fabricated at scales of 14nm. The achievement is a world first and a watershed moment as the industry struggles to keep pace with Moore’s Law.

“For business and society to get the most out of tomorrow’s computers and devices, scaling to 7nm and beyond is essential,” said Arvind Krishna, senior vice president and director of IBM Research. “That’s why IBM has remained committed to an aggressive basic research agenda that continually pushes the limits of semiconductor technology. Working with our partners, this milestone builds on decades of research that has set the pace for the microelectronics industry, and positions us to advance our leadership for years to come.”
While it will be some time before anything like 7nm chips hit the market, the announcement is a significant psychological victory for Big Blue. Despite selling off its chip fab unit to GlobalFoundries and its x86 server business to Lenovo, the breakthrough demonstrated to stakeholders that IBM still has a seat at the adults’ table when it comes to R&D.

Stakeholders, however, seemed to have entirely different ideas about what is important right now and shares sank more than 5% following the Q2 news.