Organisations are spending an average of £410,000 per IT failure, according to a KPMG data released today.

The report, entitled Technology Risk Radar, also claimed that an average of 776,000 people were affected by each IT failure, highlighting the true cost for customer facing organisations. 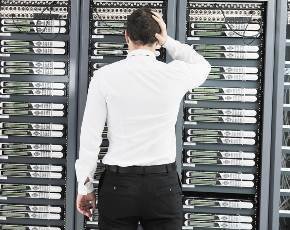 When it came to the financial sector, a mean average of 4 million bank and credit card accounts were compromised by each IT failure. KPMG predicted that IT complexity would continue to be the ‘single biggest risk’ to financial services in 2015.

While the figures are an accurate reflection of the country as a whole, it is worth bearing in mind that the data comprises of both public and private sectors and so will likely be inflated by large organisations such as the NHS and local authorities.

“Technology is no longer a function within a business which operates largely in insolation,” said Jon Dowie, partner in KPMG’s Technology Risk practice. “It is at the heart of everything a company does and, when it goes wrong it affects an organisation’s bottom line, its relationship with customers and its wider reputation.”

“Investment in technology will continue to rise as businesses embrace digital and other opportunities, but this needs to be matched by investments in assessing, managing and monitoring the associated risks.   At a time when even our regulators have shown themselves to be vulnerable to technology risk, no one can afford to be complacent,” he added.

Dowie says that increasing IT complexity and managing transformational change mean that companies are ‘running to stand still’.

“The cost of failure is all too clear.  It is crucial for both public and private sector organisations to understand the risks associated with IT and how they can be managed, mitigated and avoided.”