A combination of the need to meet compliance regulations and a shift towards an 'always on' culture are making it harder for firms to ensure they can deliver the sort of backup and restore capability that their senior managers are demanding. 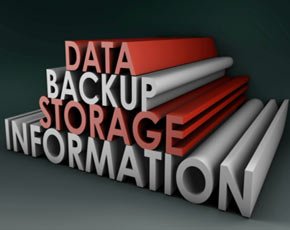 That gap between what can be achieved and what is desired should provide the channel with a clear opportunity and to encourage customers to make technology investments Veeam has carried out its own research to put a figure on the impact of downtime.

The backup specialist found that on average unplanned downtime happens 13 times a year and it can cost millions in lost revenue, decreased productivity and the lost opportunities that will go to the competition.

Ian Wells, vice president North-West Europe at Veeam, said it would be sharing the findings with its channel partners and would be encouraging more action to help customers get into a situation where they could restore more than just critical data.

The firm's research also found that more than three quarters of those customers that were quizzed were planning to change their data protection solution in the next couple of years to improve backup speeds and reduce the impact on the running of the business.

"At the high-end around the tier 0 mission critical there is good backup and restore policies in place but the attitude towards the rest is much more traditional," he said.

He added that it was no longer that expensive too expect to use a solution that would restore within 15 minutes and reduce the days it could take for some of those non-critical parts of the business.

"It is not just compliance that is driving it and we have seen the growth in the always on business and it is not really acceptable to [have backup windows and downtime]," he said.