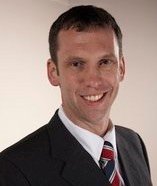 The prospect of component shortages caused by the Japanese quake and tsunami are becoming a reality in the UK channel, according to distributors.

With Japan accounting for up to a quarter of global production of both integrated circuitry and raw wafers, many fabs still remain closed or severely damaged a fortnight after the disaster struck.

According to James Ward, managing director at specialist storage distributor Hammer, lead times on hard disk drives and LTO Media "are most definitely being extended and prices are going up so that is a sign of shortages".

Stevinson noted that 2.5 inch hard drives were the worst impacted, adding that VIP was "taking a long position" in terms of inventory holding.

The issue with LTO stems from the temporary suspension of some of Sony's manufacturing operations due to the quake, tsunami and subsequent power outages. It also makes semiconductor lasers, optical devices and lithium ion secondary batteries.

Sukh Rayat, SVP at Avnet TS, said: "We are ordering higher HDD volumes based on the demand that we are seeing from customers, everyone is panicking as shortages are starting to come through the supply chain."

He added that memory prices had risen by 20% since the disaster struck Japan and may continue to edge up.

It was also looking likely shortages will materialise in the printer supplies market said Andy Gass, UK managing director at Computer 2000: "Certainly in specific categories we are now being informed of some shortages."

In an SEC filing this week, HP - which was forced to close its Sendai office - warned it sourced components used to make LaserJet printer engines and toner from partners in Japan.

"This is an evolving situation; we are in contact with our partners, suppliers and customers and are continuing to assess the impact to HP's business," it stated.