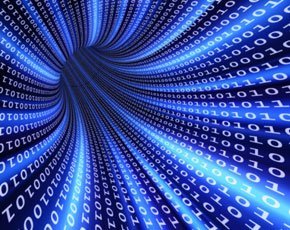 The Index shows global IP traffic has multiplied by five in the past five years, and will increase nearly threefold over the next five years. Overall, IP traffic will grow at a compound annual growth rate (CAGR) of 23% between 2014 and 2019.

The rise is largely due to the continuing growth of mobile device usage. Well over half (67%) of all IP traffic will come from non-PC devices by 2019 and the number of devices connected to IP networks will be three times larger than the global population.

Wired devices will account for only 33% of IP traffic, whereas wireless will be hitting a staggering 15.9 exabytes per month.

Our changing entertainment habits also feature in the growing traffic. Internet video doubled in 2014 and will continue to grow at a rapid pace, increasing fourfold by 2019, the report claims.

The report also states that by 2019, it would take individual 5 million years to watch one month’s worth of online video content.

Increased adoption of advanced video communications in the enterprise segment will cause business IP traffic to double between 2014 and 2019.

Enterprise Internet traffic will grow with a CAGR of 51% for mobile but only 20% for fixed line.