Intel® Optane™ technology is the first memory and storage breakthrough in 25 years. Based on Intel® 3D XPoint™ memory media, it offers a new generation of solid-state devices (SSDs) and memory modules built from the ground up.

Intel Optane offers an evolution in the datacentre as memory and storage developments match the recent advancements in server architecture.

“Not much has happened in the storage and memory improvement cycle until now. Ten years ago, every server had dual-core or quad-core processors, but now 20-core or 40-core processors are not unusual, and NAND has been struggling with the workloads,” says Alexander Segeda, Business Development Manager for Storage and Memory at Intel.

Flexible architecture
Many companies have invested in hardware which cannot be efficiently or effectively exploited as a result of this storage performance gap. “It is like having a car with a massive engine and bicycle wheels that let it down,” says Segeda.

The gap means data is not fed fast enough to the CPU. This incompatibility is solved with Intel® Optane™ technology, which brings access to data closer to the CPU - but many organisations continue to rely on a datacentre that is not fit for business purpose.

“Many organisations are struggling - 80% of data is still on the hard drive as opposed to being on flash memory, and 50% of all data has been created in the last two years. Analysing data is not done efficiently. When something is missing and there is a problem within the datacentre, you can’t keep adding servers. You need to look at how each node is optimised,” says Segeda.

Intel® Optane™ technology empowers businesses to build a flexible architecture and cache data efficiently by balancing storage tiers for optimum performance, capacity and cost for the best performance of hot and cold data. Hot data that is needed frequently can be cached in-tier.

The Intel platform reduces reliance on expensive DRAM and volatile memory that can only save data when it has power and risks waiting to load data when the server is rebooted. Intel bridges the gap between high-performing but expensive memory and NAND, which is inexpensive relative to DRAM but lacks performance. Intel® Optane™ DC SSDs give much faster response times compared to NAND SSDs.

“Optane media is persistent as the data stays in-memory which is critical for organisations that run analytics such as SAP Hana, that must process huge amounts of real-time data quickly. Uptime is important and 20 minutes to reboot the server is unacceptable. A business model that relies on high uptime and requires data to always be available wants bigger, cheaper memory as well as persistence in memory,” says Segeda.

Datacentre benefits
The majority of businesses stand to benefit from the introduction of Intel® Optane™ technology into the datacentre, says Segeda. Faster computing of data for real-time analytics, financial transactions, pharmaceutical research and fraud detection, all demand fast read-response times. With Intel® Optane™ technology organisations can extract even more value from data and focus on innovation.

Intel® Optane™ DC persistent memory is faster than traditional NAND, denser and more cost efficient than DRAM, as well as being non-volatile. While DRAM holds a charge and data in a single cell, Intel® Optane™ technology works differently so it is possible to keep writing to it and deliver greater capacity in the same space.

The new Intel paradigm with memory that is fast, dense and non-volatile, gives huge opportunities to improve efficiencies, remove data bottlenecks, reduce latency, scale out and allow businesses to analyse their ever-expanding datasets.

“If you have no opportunity to get useful insight because you only have insight on incomplete data, then that is a missed opportunity. The amount of memory you put on each server is limited. By having Intel® Optane™ DC Persistent memory for data sets, you get more quality insight into data,” says Segeda.

Intel has focused on creating a platform to deliver on compute and thereby avoid organisations having to throw expensive, extra hardware at the challenge of analysing the exponential growth in their data. By delivering building blocks that enable insight with Intel® Optane™ technology, organisations can lower the total cost of ownership.

Cold backups of data for compliance purposes can make use of cheaper hard disk drives, but the reality is that SSDs and flash memory are the future as they meet the demanding requirements of the digital economy.

As a result, IT decision-makers can achieve a return on their investment within three to five years.

Intel® Optane™ DC SSDs can scale the CPU much higher because of their low latency. To unleash the full capability of Xeon® processors, organisations are advised to use Optane™ SSDs and Intel’s free cache acceleration software.

IT leaders don’t necessarily care about technical specifications, says Segeda. But when they see a demonstration that shows common workloads, such as MySQL or VMware vSAN, can run faster with Intel® Optane™ SSDs compared to NAND SSDs, they are convinced the Intel technology can make a difference to their business operations. More details are available at optanedifference.com .

If you would like to find out more about how Intel is redesigning the way new systems are architected, by building storage directly into the DNA of new system designs, and helping businesses create efficiencies and innovate, please visit the Intel Optane datacentre website. 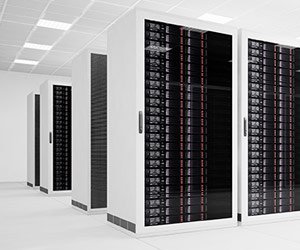