In the not too distant future, all our computing will conducted on a cloud of data centres, predicts Cisco’s Global Cloud Index report (2013-2018). 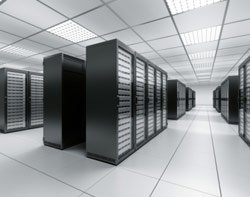 The rich shall have VIP private clouds, while the less privileged NVIP classes (the not very important people) shall use the public service cloud. Thank goodness for the democratizing effects of IT, which will ensure that Britain’s time honoured class divisions are automated and far more efficiently managed.

There will of course be counter-jumping hybrids, which will span the private/public class divide, according to Cisco Senior VP Kelly Ahuja. But the details seem a bit sketchy at the moment. There seems to be an awful lot of conjecture on everything, from the expected rise of Software as a Service traffic to the colonization of the cloud by ‘Things’ which will be 277 times more likely to be causing traffic on the Internet by 2018.

But who will be running these data centres? I’m worried about the current breed of data centre operators, who seem to have even fewer interpersonal skills than a 1980s IT manager. An indication of this lack of human empathy is the number of invitations we receive to go on a guided tour of their facilities. Anyone with an ounce of humanity would understand that nobody sane wants to spend a day staring at cabling ducts, air conditioning units and diesel generators. And yet, whenever a data centre company tries to capture the imagination of the media, they always trick us into a meeting that ends up with a crowd of people staring at a giant battery, while some drone reels off statistics about their world class uninterruptible power supply.

Surely tomorrow’s services will be about the human capacity to adapt to evolving business needs, not wiring closets. The real class struggle, at data centre level, seems to be between humans and the semi automatons who run many data centres. Is tomorrow’s cloud/data centre market going to be a numbers game, dominated by nerds? Or will people still sell to people? We asked some service experts.

Small data centres will struggle, predicts Clive Longbottom, senior researcher at Quocirca. “There will still be room for co-location companies where they don’t care what is being run in the facility,” says Longbottom.

Only through a multi-tenanted cloud can resources be pooled with maximum efficiency, so data centres owned by organisations should already be dead, says Longbottom. Individually owned data centres are only being kept alive by fears over security, which may eventually be assuaged.

There is some hope for humanity according to Tim Anker, founder director of the Colocation Exchange. Though initially customers bought only on price, they are now being attracted to data centre and cloud service providers who can offer a more outstanding proposition, such as demonstrably good consultancy, hand holding, pre-sales and after sales support or an expandable portfolio that allows the customer to gear up quickly. “We’ve noticed some users are opting out of the big service providers when there is no support,” he says.

According to Anker, localized data centres (like Node 4, Everest and 4D) are doing a very good job of attracting SME businesses, because they’re much more human. “They are good at looking after locals and they are great for small customers,” says Anker.

However, we should expect more consolidation in the data centre market, predicts services expert Penny Jones, senior analyst at 451 Research.

There will be a lot of consolidation in the European multi tenant datacenter (MTDC) market due to the high amount of facility investment in recent years, which has to lead to large amounts of supply in the datacenter market, says Jones.

As rental values fall, so do revenue margins for the providers. Smaller providers with newer, high quality offerings (like the human capacity to listen and respond intelligently) may struggle, as they call for higher margins.

The colocation market certainly favours the big players at the moment, says Jones.

European providers (especially those in London) are being asked to provide reach into key European locations. Many will place points of presence then build out as they look to meet new levels of demand being seen from US headquartered cloud service providers. These players are entering European colocation arrangements to get closer to end users who are spooked about data sovereignty and compliance thanks to Edward Snowden’s NSA revelations.

“The main markets for growth will be Frankfurt and Paris on the continent. For many of these larger providers, it is easier to buy into these markets, where business environments and staffing and support might be more complicated given jurisdictional demands and local languages,” says Jones.

“[But] in some ways, it will also be easier for these smaller players to dabble in cloud services,” says Jones. Cloud and connectivity have not typically been the domain of the colocation providers and those providing ecosystems today have had to invest heavily in in both technology and sales to realize new revenue streams from cloud, according to Jones.

So the good news is that smaller providers can be at an advantage, Jones argues.

“Look at a company like Virtus, where they can build facilities that take new flexible models for hybrid cloud and incorporate these into billing and rental plans,” says Jones.

Well, OK then, we take your point. Smaller companies like Virtus could be the future. I just wish they wouldn’t keep asking us to look around their data centre and enter a bleak environment garnished with security guards, barbed wire and CCTV.