As the telecoms market undergoes a period of rapid change, all the major players are briskly realigning their strategies to ensure they aren’t left in the dust; and the buzzword of the moment is undoubtedly ‘quad play’. 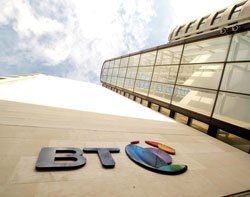 Offering TV, broadband, fixed line and mobile services all under one roof, quad play is apparently what we have always wanted; we just never knew it. From the end-user perspective, it simplifies billing and potentially reduces costs. From the service provider’s perspective, it’s all about customer retention and what better way to retain customers than to give them everything that they want? That’s the official party line at least; the reality is that quad play is by-product of evolving landscape.

BT, which already has a successful triple play platform (TV, broadband and fixed line), is undoubtedly the biggest agitator in this new war. Should the deal with EE go ahead, BT would have an automatic chokehold on all four pillars of technology. Not only will it own the UK's (current) largest mobile network, but will have a robust television package and the largest number of broadband and fixed line subscribers in the country.

This prospect is causing a great deal of unease amongst the competition. Sky, which also runs a successful triple play business, is now in talks to form a partnership with O2 in order to create a virtual mobile arm of the business. Talks are currently underway between Three and O2 and if that deal goes ahead, the new network will overtake EE as the largest in the country. All of a sudden, Sky is a contender for quad play champion.

Virgin Media was one of the first to get its four ducks lined up and remains a potent force in the quad play space. Richard Branson’s company has figured out the secret formula when it comes to bundling services. Somewhere in the region of 65% of its customer base use at least three of its products; a statistics that its rivals have not yet been able to match.

Vodafone is one of the largest mobile service providers on the planet and has been beating the drum of converged services for over a decade – in enterprise circles at least. It already runs successful quad play platforms on the continent but has been cautious to act on its home turf. However, it seems high on the agenda for CEO Vittorio Colao and it now looks inevitable that the mobile service provider will have a go at four-play later this year.

Is there a genuine customer proposition behind the quad play race ?

And then there is TalkTalk. While many might dismiss the budget broadband provider as a serious contender, TalkTalk is one of the select few that has had its eye of the quad play prize for some time. The provider had a deal with Vodafone, which it ditched last year in favour of O2. Combined with its YouView TV platform and the recent acquisition of Tesco’s BlinkBox, TalkTalk has in fact positioned itself to take a decent chunk of the pie. This seems to be reflected in its quarterly results, released yesterday, which show total revenue for the quarter up 4.2%, year on year, to £449m.

Do we really need it?

The big question behind all of this jostling and vying for position is – why? Is there a genuine customer proposition behind the quad play race or is everyone doing it simply because the other guy is doing it?

The whole scenario is reminiscent of the 3D wars in television a few years ago. All of a sudden, a TV was no good if it didn’t include the latest in 3D technology and all of the vendors jumped on the bandwagon. “You need it,” they told us. The only problem was, we didn’t need it. We didn’t even want it. It made our heads hurt.

If the prospect of handling three separate bills is simply too much for modern society to bear, quad play will be an undisputed success.

But the reality is that its future is contingent on whether or not the marketing engines can sell the dream to us, and with so much invested in quad, they probably will succeed.