Virgin Media today announced that it is to invest £3bn in improving its fibre optic broadband network. The company boasted that it will be the largest broadband infrastructure investment for more than a decade and will increase the network’s reach from 13 million to 17 million homes.

The project will also create 5,000 new jobs, 1,000 new apprenticeships and – according to Virgin Media – will stimulate £8bn worth of economic activity.

Prime Minister David Cameron commented: “I welcome this substantial investment from Virgin Media which is a vote of confidence in our long-term economic plan to support business and create jobs by building a superfast nation backed by world-class infrastructure."

Dubbed Project Lightning, the five year project marks the first real encroachment on BT’s monopoly of broadband infrastructure. BT has been firmly focused on the EE buy-out and the bid for Premier League football, but the announcement is unlikely to rattle the telecom kingpin. In fact, with Ofcom and other regulatory bodies poking around the EE deal and looking for reasons to grumble about anti-competition, BT may quietly welcome the announcement.

So smiles all round then. Well, not quite. The project has already come under attack for not addressing those that live in the final third; that is the areas which currently have little or no access to high-speed broadband. Rather than expand the network to the farthest reaches of the galaxy – such as Devon or Wales – the money will be used to bolster current coverage, filling in the gaps in urban areas where Virgin Media already has a presence.

This is great news for city dwellers that, as of right now, may only have one option available to them, but does little to address the gaping hole left in the country’s broadband infrastructure.

Mockridge’s comment is yet another jab at BT and the highly controversial Broadband Delivery UK (BDUK) scheme. Backed by a total fund of £1.7bn, BDUK is the government initiative which aims to provide 95% of premises with access to superfast broadband by 2017. To make the rollout commercially viable, local authorities are able to apply for funding from central government, which they must then match and BT provides the remainder of the cash. 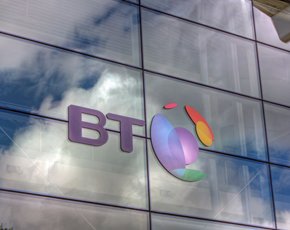 "There are two million more UK homes and businesses with access to superfast broadband than there were two years ago as a result of this ambitious project,” said culture secretary Sajid Javid. “This is a tremendous result that is already making a huge difference to millions of people.”

But the project is mired in controversy. The final five per cent that have fallen through the gaps of the scheme have been making their voices heard. The government says it has now turned its attention to the problem and trials of alternative technologies such as satellite broadband are currently underway.

The Public Accounts Committee (PAC) has accused BT of overestimating the costs of providing broadband to rural areas by as much as £92m, all of which has come out of the taxpayer’s pocket.

But most of the hullabaloo surrounding BDUK stems from the fact that BT has won virtually every single local authority contract to date, allowing it to further cement its already strong foothold in the rural market.

Critics say that the Department for Culture, Media and Sport has failed to deliver any form of meaningful competition in the procurement process, leaving BT to capitalise on the market. BT last year rejected claims that it had a monopoly, saying: “BT was the only company willing to accept the challenging terms on offer and make a significant investment in rural areas. This was at a time when others walked away when they realised easy pickings weren’t to be had.”

Returning to the cities, Virgin Media’s expansion can be viewed as nothing other than great news. The quad play provider has chosen to focus its efforts on where it already has infrastructure in place and - from a business standpoint - that makes total sense. Because BT has ownership of the physical infrastructure on which almost all ISPs rely, Virgin is currently the only player that can offer any form of bona fide competition to the marketplace. For both consumers and businesses, that ultimately means faster speeds at lower prices.