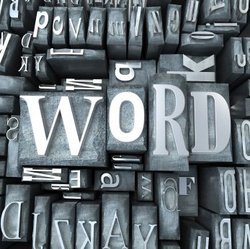 The emergence of semantic and content analysis tools allows organisations to mine the meaning of word-based information and turn their mountains of unstructured data into a strategic business asset, says Ankush Korla.

Traditional business intelligence (BI) tools are pretty good at what they're designed to do, but it's an inescapable fact that they are entirely stupid. Strictly speaking, they have no "intelligence" at all: they merely trawl through an organisation's structured information - essentially, business data such as revenues, sales figures and expenditure - and generate reports that let management look into the statistical health of the business.

When it comes to data that can be expressed in numbers and values, traditional BI does pretty well. But what about unstructured data? This information is not in the form of convenient digits, but exists as written words in the millions of emails sent by employees; it is the business-critical information that comprises reports, whitepapers and product guides; it lies in corporate blogs and user-generated content. What's more, it encompasses information on the web and outside the organisation's traditional perimeter.

This unstructured content contains a wealth of information that would, if it could only be harnessed, be enormously valuable to any organisation. Sadly, traditional BI is almost entirely useless at deriving insights from unstructured data. That's because unstructured information is created for human consumption. Computers can perform billions of calculations a second, but they can't understand the meaning or semantics of written words, the context in which they sit, nor the sentiments they express.

The ability to understand the meaning of words lies at the heart of the next evolution of information management, search and the wider web. It is not a single technology, but a new generation of tools that employ the latest semantic and content analytics that can look at language and the relationship between words in a way that much more closely mirrors how the human brain does it.

Unlimited applications
The different ways in which semantic technologies could be applied are limited only by the imagination of those employing them. Here, however, are a few examples that show how organisations can plunder the wealth of unstructured information they generate and store, and make it truly valuable to their business.

Take the common problem of locating the skills, knowledge and expertise that exists among a big business's large and varied workforce. It is often the secret genius with a very precise and particular expertise who is needed for a  particular project rather than heads of department with their necessarily broad subject matter knowledge. Those who work at the coalface are much more likely to have that specialised knowledge, but by their nature are also far ess visible in the organisation. That expertise resides in dozens of documents among thousands, thousands of emails among millions.

Traditional search technologies are only really capable of finding instances of a certain word or phrase, without any regard for the relationship between words or their context. Using these tools, a pharmaceutical company searching for an expert on the contraindications of a particular drug could pull up thousands of documents, databases and emails that contained the searched-for terms. But the results would provide little or no information about the concepts being discussed, the relevance of the content itself, or the relationship between different documents such as a common authorship.

That capability is the province of the latest semantic search tools. They analyse mountains of unstructured data and deliver usable facts as well as associating these facts across multiple documents. They can turn a mountain of unstructured data from a burden into a strategic asset, and not just one for senior management. If all staff are more easily able to find and use the content they need to do their jobs effectively, the potential for greater productivity - and indeed for sharing knowledge across the organisation - is enormous.

So far we have only touched on how this new generation of business intelligence tools can analyse a business's own content. This is certainly valuable. But the technology really comes into its own in analysing the wider world of online information.

No organisation is an island; all exist in an ecosystem, affected to a greater or lesser extent by environmental factors. These could be a disparate as growing civil unrest in countries where an organisation does business, uncertainty in local or global financial markets, or a surge in negative sentiment towards the organisation itself.

Unveiling the truth
Semantic and content analysis technologies make it possible, for the first time, to monitor the billions of websites, social networks, blogs and forums automatically and in realtime, enabling organisations to know not just where it is being mentioned, but how it is being talked about.

This can give immediate insights into an entity's current online reputation. It can also be used to study all kinds of trends that may affect the organisation. Because traditional BI tends to look only at patterns of numbers, it cannot offer any insight into fears, anxieties and concerns being expressed about, say, the global economy. As we all know, economics is as much about confidence as it is about mathematics; the new breed of BI gives real and actionable insight into what people are feeling and expressing, conferring a unique advantage on those who have it.

Semantic search and content analytics will not replace existing BI tools - as long as the binary digit exists, there will be a place for traditional business intelligence. Instead, these new technologies will complement the old, enabling organisations to gain vital intelligence from both structured and unstructured content.