Tell us what you do for a living

Because I can’t imagine doing anything else. 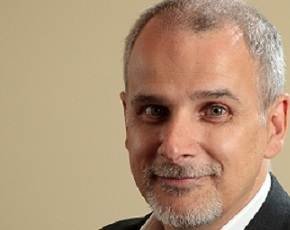 There’s always something. A few years ago I’d have said the toddler but he’s all grown up now. GFI is fast paced so I like to be at my desk early.

It would be totally remiss of me not say my Mum, to this day I still quote her. My good lady partner is a big support too. Finally there is not a boss that I have ever worked for that I have not learned something from.

Come on in, IT is a totally credible industry to be in.

I do like to track the football so I have a footie app that I like. I’m also quite into a game called Logos Quiz where you have to identify well known logos. Ideal game for a marketing dude, eh? (I only have one more level and I’ll complete it)

"The only constant is change and channel partners need to embrace that and stay ahead of it."

Conditions surrounding the channel have been changing for decades and continue to do so. I remember delivering 10 IBM PCs to a customer and installing 10 copies of WordStar, one on each (mind you that was more than 20 years ago). Today that would be a completely different experience for the reseller because the software could be local, networked or in the cloud and the user can install it all themselves, or ask their VAR to assist, so there are far more variables. The only constant is change and channel partners need to embrace that and stay ahead of it.

Tell us something most people do not know about you

My first job was washing dirty buckets with a hose pipe outside in the pouring rain for 22 pence an hour. I was 13 – now that was a bad business decision

Seeing my son graduate, as you get older your goals shift.

The last book you read should always be a good one. However, many years ago, when I was in my late teens, I read a book titled The Making of the Micro which was about the history of computer development. Sounds geeky I know, but it’s actually the start point of how I got into IT.

I saw Chronicle a few weeks back, bunch of teenagers that learned to fly around Seattle. Not for me.

Anything from Anita Baker please.

Coffee lately – I even have multiple loyalty cards

I had a van, and not a very big one – it was Vauxhall Chevette van, which I named Chevan. There is no comparison to what I drive now.

Too many marketers in a lift would not be good, we’d run out of oxygen.

A lion, no one messes with them do they?

If you could have represented Great Britain (or your home country) at one event in the 2012 Olympics, which would you have chosen and why?

Cycling – long distance though. I have a couple of bikes and know how hard it can be.

I hope never to be facing awesome peril but if I have to drag someone into it with me, I think I’d get Dr Who involved, he always seems to be able to get out of scrapes!

I’m going with the silverback – I’m going with my gut feel though so, if you do place a bet don’t blame me if you lose your money.