Tell us what you do for a living.

I lead the go-to-market functions across channels and marketing for Avaya in EMEA.

I love working on a hundred different things at once and I always tend to think about what technology can do for businesses, partners and consumers rather than focusing on the technology itself.

An alarm clock set on full volume, my kids or a pressing deadline. I’m really not a morning person.

A variety of people who were prepared to give me a chance, who inspired me or who were great leaders. One name that springs to mind is Frank Slootman, currently CEO of ServiceNow. He gave me my first global role.

The best advice I have ever received came from my father. He said, “Treat people as you would want to be treated.”

I would say try to stay customer-facing, have goals for yourself and your career. It’s also important to learn from the people around you.

Google Navigation (I have no sense of direction), Twitter for news, Facebook and LinkedIn for keeping in touch, Spotify, Avaya one-X Mobile and a bunch of games my kids have left open which are draining the power!

We’ll see a lot of change, that’s for sure, but also a huge amount of opportunity as the pace of innovation quickens and people become increasingly open to, and reliant upon what technology can do for them and for business.

Tell us something most people do not know about you.

I would like to see my kids happy, healthy and living fulfilled lives – whatever that means to them.

The Cellist of Sarajevo by Steven Galloway is definitely one of my favourites.

Alvin and the Chipmunks – The Squeakquel. Not only did I get dragged to the first one, I also somehow ended up watching the sequel as well.

Some blasts from the past like the Clash, the Cocteau Twins; something to inspire exercise like the Chemical Brothers (Block Rockin’ Beats); some quiet stuff like Eva Cassidy, Moby, Air; and then just some artists I like – Eminem, The Streets, Ed Sheeran.

Definitely chocolate or cake. Actually both.

My first real car was my first company car – a white two litre Ford Sierra. I was over the moon! My current car is much nicer but could never beat that initial excitement.

Alvin and the Chipmunks (see above). Mind you, they could scamper out of the top of the lift and raise the alarm! 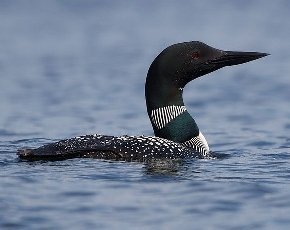 I would like to be something that can fly and swim underwater so it would have to be a “loon”, which as well as being a great walker, swimmer and flyer, has a great name!

If you could take part in one event at the Olympics, which would you choose and why?

It would have to be something that I could use after the Olympics so I’d go for three-day eventing. That would set me up for riding for the rest of my life.

Jack Reacher, the 6’ 4” ex-military cop from the Jack Reacher novels. He always manages to get himself out of a sticky situation. I couldn’t believe it when Tom Cruise played the title role in the film though!

I don’t really care so long as I am not within striking distance.