With 2014 drawing to a close, it is time – once again – to reflect on the year gone by and look at what is in store for the year ahead. The world of IT always has always been a sucker for buzzwords and trend watching. The industry is in a state of perpetual evolution and while predicting what is around the corner when it comes trends is often an exercise in futility, it can provide a useful lens through which to focus our efforts as we move into the new year. 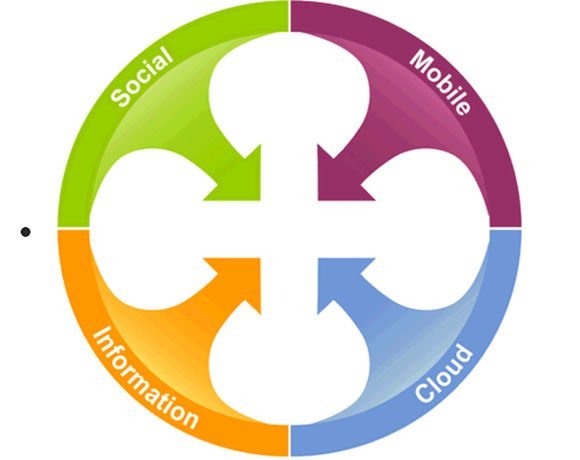 Gartner’s Nexus of Forces - mobile, social, cloud and information, are a stable baseline when considering where the industry is heading. These four trends now permeate all areas of business, from the smallest of SMEs to the global corporations.  However, they have been around for a couple of years at least now. So what has changed in 2014?

This was a year in which we saw these overarching themes implemented, and refined. In 2012, most organisations were still asking ‘what exactly is cloud’, but only two short years later, many businesses have not only executed their cloud strategy, but become experts at managing their infrastructure layer. It is no longer a playground in which non-mission critical applications are shoved, but the bona fide infrastructural backbone of businesses the world over. It is shifts like this, from the theoretical to the tangible, that have defined the past 12 months.

Here are the opinions of some of the leading voices in the IT industry on how the landscape has evolved in 2014 and where it is likely to head as we usher in the new year.

2014 – The year software-defined spread its wings

While Software Defined Networking (SDN) has been a hot topic for a few years now, 2014 was the year in which horizons were expanded and enterprises began to move towards automation and policy-based architectures.

All of the trends and predictions in this article, including the mega-trends, ultimately feed up to the software-defined ethos. It is, in essence, the ultimate-mega-trend. Today's applications demand highly dynamic, easily manageable, cost-effective, and adaptable infrastructure.

“This new software-defined world is largely driven by five key trends; hybrid cloud truly taking off, driving growth in underlying technologies of flash, integration and software; the increasing complexity of the technology landscape that will drive resellers to partners with vendors that help with sales engagement/consultancy from the outset and help build value for end-user businesses.”

The effects for companies that have shifted towards a software-defined strategy are already being felt, says Harvey Smith, UK strategic partner team manager at VMware. “In companies where IT departments have embraced the move to software defined, [the financial benefits are] already happening. We see these organisations being able to focus more of their time and spend on delivering innovation from IT rather than keeping the lights on.”

A Juniper Networks spokesperson said 2015 will be the year that businesses begin to get to grips with software-defined can really do for the business – the inaugural move from the theoretical to the tangible.

“We’re going to start seeing new uses of software-defined networking as the market and technology mature and more companies realise its value. One of Juniper’s studies earlier this year found an aggressive appetite to adopt SDN. And, sure, on the surface it’s great for simpler network management and cost-reduction but what will companies really do with it?  A key use will be that SDN (coupled with analytics) provides the agility to provision demanded services before they’re asked for rather than waiting until customers ask.”

There is a resounding consensus that 2015 will the year that hybrid cloud becomes cemented as standard operating procedure.  Steve Kaplan, VP of channel and strategic sales at Nutanix, commented:

For true hybrid to succeed in 2015, we will see connectivity, interoperability and portability become available through softwar

“If it isn’t already, hybrid cloud will become the ‘new normal’ infrastructure solution as more and more organisations realise the benefits of balancing hardware control and software scalability. This will be pushed along by the launch of Microsoft Azure public cloud data centres in October and Microsoft Azure private cloud, triggering a ‘push-pull’ effect on hybrid cloud demand.”

Adapt’s head of service development Kevin Linsell agrees. “[In 2015], hybrid really does become the norm.  The last six months of 2014 have seen all the big players releasing statements around the future being hybrid cloud.  This isn’t just vendors who cannot compete with AWS or Azure, but across the entire vendor spectrum.  Until now hybrid has largely been about connecting one type of environment to another.  For true hybrid to succeed in 2015, we will see connectivity, interoperability and portability become available through software, bringing a level of choice and control that hasn’t been available to date.”

“For traditional IT teams this will be both challenging and, for those that embrace it, rewarding as they will gain real business benefits from the cloud, beyond those of a commercial nature,” Linsell adds.

Mobility - the mobile revolution is just getting started

Mobility remains one of the most disruptive trends on the timeline of modern technology. Geoff Stead is director of mobile learning at Qualcomm and an internationally renowned thought leader in the mobile technology space. From a technology perspective, Stead believes that 2015 will be the year of mobile awareness. 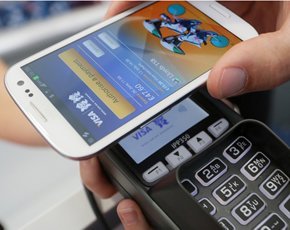 “The major trend has to be the increased awareness of context. The fact our phones can listen to us continually (waiting for a wakeup key phrase), can tell what we are listening to, can analyse and understand what we are looking at (via the camera), can communicate lightly with devices around me (IoT) then feed that back up to the cloud for deeper processing back there… is immense,” Stead explains.

“The industry is still very embryonic about what to do with this contextual awareness. Think medical, think sport trackers, think child tracking. And appropriate safeguards aren't there yet. But this transition of the phone to be ‘my always on, contextual aware digital buddy’ will keep on growing.”

Kaplan points out that enterprise infrastructure is currently playing catch up when it comes to the diverse range of devices floating around.

“Mobility has meant that large teams of people have been freed from their offices and are able to work offsite, either beside their customers or from home to increase productivity, customer satisfaction and personnel retention. But the distributed systems needed to support these work environments are driving the uptake of hyper-converged infrastructure at such a pace that even traditional storage area network (SAN) players are reducing SAN production and redirecting IT spend into hyper-converged technology. And it will become even more prevalent in 2015 as businesses look to the IT department to support this new working environment while still keeping equipment and maintenance costs low.”

“As a result, hyper-converged will transition from the ‘early adopter’ phase to mainstream production environment,” Kaplan continues. “From test and development to Tier 1 applications (such as Microsoft SQL, Microsoft Exchange and SharePoint, SAP, Oracle, and so on).”

“As mobile devices and consumerised IT increasingly become the norm for working life, we will see more and more need for IT to ‘Googlise’ the information in the business, providing open, searchable text, image and video via suitable enterprise software that lets people get on with work - instead of wading through the latest file versions.”

Internet of Things - time to find real use cases

Personally, I think a lot of the use-cases here are dramatically overhyped. That said, IoT continues to be a majorly important trend

The Internet of Things is still very much in its infancy and beyond office fridges knowing when the milk supply has run dry, many are struggling to see where the concept fits into the enterprise.

“Personally, I think a lot of the use-cases here are dramatically overhyped. That said, IoT continues to be a majorly important trend,” says Stead of Qualcomm, adding that 2015 will be the year where standardisation becomes critical.

David Gouveia, channel director, EMEA of MuleSoft, believes that 2015 will be the year that these use cases are properly defined.

“While IoT has been talked about for a couple of years now, I believe 2015 will be the point where it begins to mature from buzz into an actual set of offerings. Companies will need to unlock IoT and create new digital channels with APIs,” Gouveia predicts.

End of part one

So that's it for part one. The technology behind buzzwords is often not new; in fact, it has usually been around for decades. What the buzzwords do, is allow the industry to frame the debate; to provide perceptible use cases that businesses can strive for and build on. Software-defined is a prime example of this. The concept of decoupling the control plane from the data plane is nothing new; what is new is the question - "What can software-defined do for our business?" The general consensus seems to be that 2015 will be the year that this question is answered.

To read more reflections and predictions, read: A look back and forward - part two.