Is it okay for a publicly traded company to ignore its responsibilities to its shareholders in the pursuit of madcap ideas that will probably never translate into hard cash? That seems to be what Google is doing.

The behemoth of search released its fourth-quarter earnings report and – once again – fell well short of analysts’ predictions. Google earned $4.8bn or $6.91 per share – a 42% increase year-on-year. Revenue rose to $18.1bn or $14.5bn after ad commissions.

With figures like that, one wouldn’t expect shareholders to be reaching for their pitchforks, unless of course, one knew what Google could be earning; and it seems as though the shareholders do know, because stock fell 2% in extended trading and is down nearly 8% from a year ago. 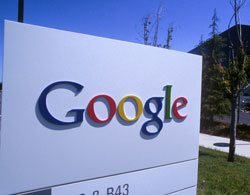 There are two factors at play when it comes to the quandary that Google finds itself in. The first is that its bread and butter revenue, which comes from digital advertising, is dwindling. As the mobile revolution continues to take hold, Google’s tried and tested model of advertising has become less effective. Users are finding the content that they need directly through apps and if they’re not, they certainly are not clicking adverts at the rate they once did. On top of this, there is a growing array of advertising choices from the likes of Facebook (pun intended). This in turn is driving down cost per click – the amount that Google is able to charge for each user that clicks on an advert. In fact, this is the 13th consecutive quarter that the average cost-per-click has fallen and the effect on revenue is starting to become noticeable.

But that’s business… things change. Google is certainly innovative enough to adjust its model and will eventually capitalise on its missed fortunes. Paid search still remains the gold standard when it comes to digital advertising and shareholders will be well aware of this. 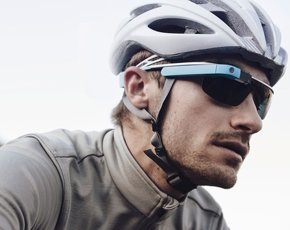 What’s irking investors is that despite strong headwinds when it comes to Google’s fundamental cash cow, the business continues to burn money like there is no tomorrow. Of course, there are the big ideas coming out of the X Labs that everyone knows about – Google Glass, driverless cars, Project Wing, Wi-Fi balloons over Africa and Google Barges; but there also countless other projects that have had millions poured into them, yet barely seen the light of day. Google Wave, Dodgeball, Jaiku and Google Buzz to name just a few. How can a  publicly traded company justify spending so much money when there isn’t a snowball’s chance in hell that they will ever see a return?

Quite easily as it happens. When Google went public in 2004, CEO Larry Page and co-founder Sergey Brin, said in their IPO letter:

“As a private company, we have concentrated on the long term, and this has served us well. As a public company, we will do the same. In our opinion, outside pressures too often tempt companies to sacrifice long term opportunities to meet quarterly market expectations. Sometimes this pressure has caused companies to manipulate financial results in order to ‘make their quarter.’ In Warren Buffett's words, ‘We won't 'smooth' quarterly or annual results: If earnings figures are lumpy when they reach headquarters, they will be lumpy when they reach you.’”

The letter continued, “We will make business decisions with the long term welfare of our company and shareholders in mind and not based on accounting considerations,” and ends, “Sergey and I, and the team will do our best to make Google a long term success and the world a better place.”

Sergey and I, and the team will do our best to make Google a long term success and the world a better place.

The warning could not be clearer. Google’s entire ethos is based on pushing the boat out. Try everything; if it sticks, run with it; if it doesn’t, shut it down and walk away. Yes, it’s an ethos that drives both investors and customers mad; entire industries have been built around Google’s services, only for the search giant to say, “Meh, this isn’t working anymore,” and shut it down. It drives the channel mad too. Google can’t seem to make up its mind on the best way to sell its business applications, leaving potential partners out in the cold.

But it’s this very same whacky ethos that has brought the world some incredible solutions. Think Google Maps and Street View; think Android. It’s these ‘moonshots’, as Page likes to call them, that make Google…Google and depending on one’s point of view, it could be argued that they do indeed make the world better – all while feeding into the revenue stream.

Of course, Google is no saint. It’s a business and it’s endgame will always revolve around the bottom line; but its unique strategy is one of the most disruptive  and welcome forces on the technology landscape. If shareholders can’t handle ‘the lumps’ that come with this type of investment, they should probably take a long hard look at their portfolio.