Blackberry has announced a new touch screen phone, in what appears to be another desperate stab at staying relevant in the modern marketplace. 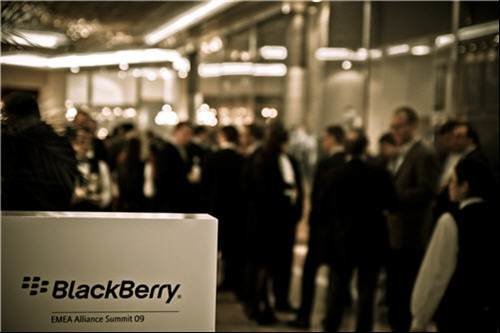 Once the undisputed ‘King of the Enterprise’ and ‘inventor of the smartphone’, Research in Motion (known these days simply as Blackberry) has fallen so far from grace, it is painful to watch.

The new keyboardless phone, dubbed the Blackberry Leap, sports a 5in display with 720p HD resolution, an eight megapixel rear camera, 16GB of internal storage and a 1.5GHz dual-core processor. Ironic that exactly a year ago, Chen shunned the touchy, feely devices in favour of a return to the iconic QWERTY keyboard.

In a way, the specs are irrelevant. It’s not the mediocre components (and they are mediocre) that will have a bearing on the success of this device; it is whether or not Chen can plug the gargantuan hole in his microscopic dingy.

In 2011, co-founder and former CEO Mike Lazaridis sat down with the BBC’s Rory Cellan-Jones for a quick chat and a demo of the new PlayBook.  The interview was going well enough until Cellan-Jones asked:

"Can I move on to the problems you've had in terms of security, your various arguments with the Indian government and a number of governments in the Middle East. Is that anywhere near being sorted out?"

What followed was a masterclass on how not to handle a difficult question posed by a global media outlet. Lazaridis had a mini-meltdown, abruptly ending an interview with the BBC. It was in this moment that the world began questioning whether the captain of this once great ship was fit for duty.

And then it got worse

In the first four years that the iPhone reeked havock on Blackberry’s  world, RIM’s only saving grace was its reputation amongst enterprise users - for being a secure and robust email solution; and then the unthinkable happened. The solution stopped working. Not just for a few thousand users and not just for a few hours, but globally and for a few days.

It was during this week that Blackberry’s destiny seemed sealed. By the end of 2011, the company lauded for the invention of the ‘smartphone’ saw its share price plummet by 75%.

Since then, every iteration of the Blackberry seems to be just another injured limp towards a fate that cannot be undone by mere silicon and plastic.

But maybe it can be undone by software.

That seems to be the thinking of current CEO, John Chen, who spent the vast majority of his presentation at MWC talking about software, rather than the phone his company was launching; and say what you will about Blackberry, it’s done one or two things right on the software front over the years.

Blackberry will be opening up its security and enterprise apps to competing devices like it did with Blackberry Messenger last year. It will be partnering with Samsung, integrating its admittedly excellent encryption services with Knox.

Chen’s software led strategy seems to be working… kind of. In the three months ending November 29, BlackBerry reported profit of 1 cent per share, compared to a loss of 2 cents per share in the previous quarter. Tim Cook is unlikely to lose any sleep over the figures – but it is a very small step in the right direction.

Speaking of Apple, technology fans will remember that in 1997, this once great innovator was also on the ropes. The Macintosh was getting pounded by IBM PCs and its haphazard product line was nauseating. Apple was, as journalist Stewart Alsop described it, ‘arguably one of the worst-managed companies in the industry’. Ring any bells?

Blackberry has been cheerfully mismanaged over the years and its demise lies squarely on the shoulders of its former CEOs. But the public psyche remembers great innovators – especially in the enterprise space. Any professional working in the early naughties will remember with fondness what Blackberry did for mobile communications. And regardless of how easy a target this battered and bruised phone company is for us journalist bullies, all genuine mobile enthusiasts will be holding onto the faintest glimmer of optimism, hopeful that by some small miracle, Blackberry will one day rise from the ashes.