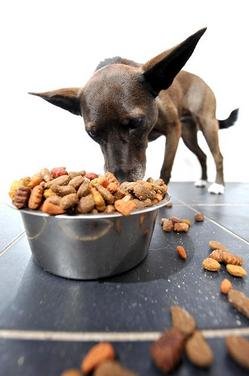 I once spoke to a particularly enthusiastic marketing guy at a wireless vendor who was very keen to stress that he was using his own technology in the office to demonstrate to resellers exactly why they should sell his product.

He used what I thought at the time was the wonderfully apt phrasing 'I'm eating my own dog food.'

Now, you might remember a few weeks ago when Ofcom revealed worrying discrepancies between the speeds advertised on TV by broadband providers, and what they were actually able to deliver.

By Ofcom's reckoning, it was Virgin Media who got closest to delivering the broadband speeds that they promised.

I believe it's a matter of national shame that the UK languishes behind our European neighbours in broadband speed, and a poor reflection on BT when rural areas are forced to take matters into their own hands.

It is high time for the providers to start taking responsibility for the situation, as our dependence on the Internet will only increase.

In my last blog on this subject I may have recommended that those thinking of switching broadband providers give Virgin Media some serious consideration. And having just moved house, that is exactly what I'm doing. In fact, the cable guy is coming on Thursday.

It's time for me to eat that dog food. I'll let you all know if it was tasty.