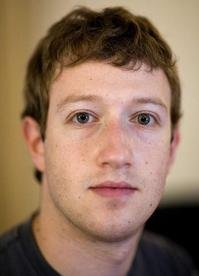 A survey by our sister ICT sector recruitment site CWjobs has revealed the true power of social networks, with Facebook founder Mark Zuckerberg (pictured) topping a poll of IT personalities who have most inspired people to work in the industry.

Also figuring highly in the survey of 5,500 IT professionals were turtle-neck wearing Apple boss (and possible evil genius) Steve Jobs, and the ever-enthusiastic Steve Ballmer of Microsoft.

The growing role of networking and comms figured in the survey's other findings, too, as technological advances in the IT industry around mobile development platforms, social networks and cloud cited as inspiration for 58%, 47% and 34% of sector jobseekers respectively.

The five most 'inspirational' personalities in the IT community were, in order: