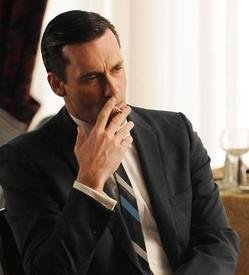 A few weeks ago, some of you may have noticed a bunch of faux-vintage print advertisements for modern-day social networks such as Facebook, Twitter and Skype.

The posters were created by a Brazilian agency and hark back to 1950s-era America.

The 50s was a boom decade for the US, a time of relative peace and plenty, full of technological possibilities and beautifully designed products, complete with atomic age branding and adverts that were as camp as a drag show.

It was a true golden age of consumerism that of course is also recalled by AMC's Mad Men, and I think we could stand to learn a thing or two from this bygone time.

Flash forward to November 2010, when D-Link will be launching its latest consumer product in the UK, a home network centre and media streaming device called the Boxee Box.

Now, I'm sorry guys, but I just can't get behind that rather redundant name, and I doubt Don Draper would have stood for it either.

You just know that if D-Link had taken their account to Sterling Cooper the Boxee would have been called the 'Media-o-Rama' or the 'Vision-Eeze'.

I kind of wish for a return to those days; Apple would have to call the iPad the 'Slate-o-Matic', while Cisco would be marketing its new switch as the 'Connect-a-Tron 3000.'

Technology has come on so far and can do so much more than it could. Aside from the fact that we don't yet have flying cars, we are living in the future. Don't our gadgets deserve names to reflect that?