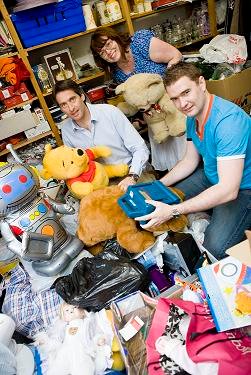 Opal Telecom employees have been out and about raising cash for the firm's first annual charity drive, with staff from its various UK offices pitted against each other in a brutal Apprentice-style 'Store Wars' game that may well yet be sold as the next big reality TV format.

Staff including MD Paul Lawton ( pictured) occupied British Red Cross charity shops across the country and competed in a deadly battle royale to see who could raise the most cash.


Others pitched in to raise money for 27 separate charities including Barnardo's and the Prince's Trust, with other staff painting chicken sheds in Milton Keynes, reorganising an audio library for the blind in Aylesbury and presenting on a community radio station in Warrington to raise a grand total of over £3,000.

Opal said it lost 1,500 man-hours to the scourge of fundraising during its charity week, which will no doubt form the basis of a business continuity case study any day now.