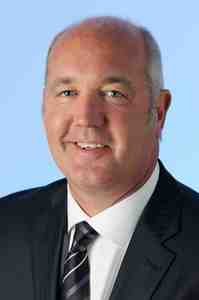 We keep coming across companies that are short of staff and too busy to go recruiting.

Mind Candy, for example, is arguably one of the best companies to work for in Britain. This is the games developer that created Moshi Monsters, a kids social networking site with 50 million users. Venture capitalists love them, especially since they moved from south London to Shoreditch. The company has been valued at £200 million and its conquering everything in its path. It is always exciting to work for companies in their ascendancy.

(I hope they don't go all corporate, like Woolwich Arsenal did when they crossed the river. Next thing you know, they'll have celebrity fans like Piers Morgan and Jon Bernstein.)

Anyway, Mind Candy can't get enough programmers and sales people and story boarders to help them satisfy demand so their first priority is a human resources boss.

Two days after meeting Moshi Monsters, we interviewed another furiously growing start up. (Oh, what's their blimming name? It'll come to me in a minute). Like Mind Candy, they need more sales people and developers to help them tap in all the open goals that are being constantly presented to them. Again, the game they're playing is far too frantic for them to stop and allow fresh legs onto the field.

It was a mobile start up based in Oxford Street, with US offices. No hang on, wasn't that the booming cloud computing outfit that was looking for a CTO? Keep coming back to this column, as I'm sure I'll remember in a minute. They're both recruiting, anyway.

But the best opportunity, surely, has to be this one.

Certero, which has been described as Britain's power and software asset management company is embarking on a channel recruitment drive.

Certero's Software Metering automates complex processes and creates a real time Effective Licence Position (ELP). Tidying up your company's software licensing can be every bit as satisfying as wiping out an invasion of alien or passing a Moshi Monster test.

There's also the Windows Self Service Password Manager, which saves you a fortune on support calls. ("Hello support? The post-it note fell off my computer and now I don't know my password.")

Then there's the new PC Power Management system that's selling like Moshi Monsters. It saves companies a fortune by powering down their PCs. So it has the twin benefits of saving on the power bill and keeping global warming at bay. Every time you switch off your PC, the sea goes down another inch.

John Lunt, Certero's MD, promises that new recruits will benefit from fresh thinking and lavish attention as the company helps them exploit the opportunities. "There is significant opportunity in the UK for resellers to grow their business through offering its leading new-age PC Power Management and SAM solutions," he says.

Back of the net!