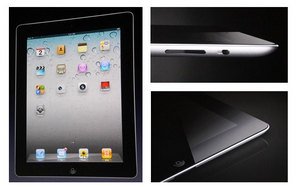 The Big Lie 100, the league table of the biggest lies in modern society, has a new leader. "Your Cheque's in the post" was overtaken five years ago to concede second place to one of the new breed of email marketing lies that are dominating the culture. At the time, many expected "I love you" to yield its pole position to the new, fast growing lie that will inevitably dominate the market.

But it has clung onto its top top for an incredible half decade. But finally, the traditional British fib was finally bumped from the top spot, as "you could be in with the chance of winning an iPad2" became the single, biggest, deliberate unlikelihood in the national parlance.

"It's probably a result of the boom in email marketing and mobile marketing," said professor Gerry Hambleton, CEO of researcher, The Hambleton Group.

"You could, indeed, be in with a chance of winning an iPad. You could win the lottery or get picked for England in the World Cup Final. It's not very likely is it?" said Hambleton. "But you can be certain of one thing. You're in for a life time's worth of junk mail, from an email marketing manager who thinks you're now in a relationship."

It's this emotional 'relationship-based' aspect to this new new lie has catapulted it to the top of Britain's short list of deceptive phrases.

When someone tells you that "you could be in with a chance of winning an iPad" you can be ninety nine point five nines per cent sure they are lying, said Hambleton.

There are currently 203,798 competitions running in Britain which offer an iPad2 as an incentive for surrendering your privacy, according to the Hambleton Group. "We've yet to find anyone who has actually won one," he said.