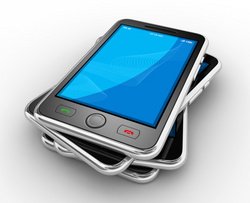 The increasing importance of Android to the business mobile experience was reflected this week with two UC vendors launching new apps for the platform.

Vidyo was first to take the plunge, announcing the general availability of VidyoMobile on the Android market, allowing business customers to offer mobile workers the ability to participate in video conferences from selected Androids, including Motorola's Xoom and Samsung's Galaxy lines.

The app also interconnects with Apple iOS devices and HD room systems from vendors such as Polycom and Cisco.

Vidyo claims the app can deliver up to 720p HD resolution, and in common with other Vidyo endpoints, enables conferences of up to 100 participants.

Meanwhile Swyx also released its SwyxIt! Mobile app into the wild this week, enabling single contact numbers and UC functionality such as presence and faster call-set up capabilities based on a GPRS, 3G of WiFi connection to a central server.