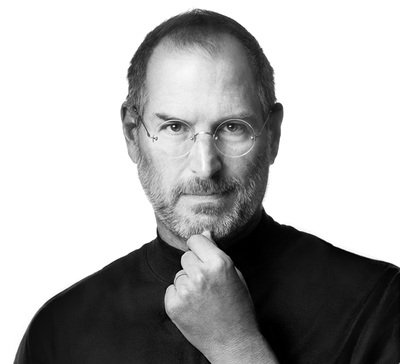 If you want to gain a sense of Steve Jobs' achievements, you only need to look at the reaction to his death. I'll wager that no other technology boss - no other business leader even - would have so many eulogising him or her after their death, the President of the US, fellow CEOs, the Mayor of New York, George Lucas, the governor of California.


Very few would generate so much coverage in the mainstream media - TV, radio, newspapers and web sites. And which other IT CEO would have members of the public leaving flowers at their local office or store?

So what is it about Jobs that makes the response to his death akin to something you might see when a major film star or musician passes away? He was, in many senses, the first superstar of the business world.

Jobs and Apple were so closely intertwined in people's minds as to be almost one and the same. Apple is no different from other companies in that it makes products, but the difference is it makes products which a lot of people buy and love (not just Macs but iPods, iPhones and iPads). Lots of people might use PCs, for example, and not give a damn about Macs but they would love their iPod Touch, or their iPhone or their iPad.

Emotional attachment to a thing is a hard trick to pull off. To make it happen, you need to create a product that engages people intuitively to the point where they can't understand why they never had it before. That means placing greater emphasis on design and ease of use. The underlying technology is only part of the overall equation.

Jobs was able to appreciate that technology wasn't the be-all and end-all so Apple's products often tended not to be the fastest or most powerful or have the most ports or whatever else techies thought were particularly important that week or month. Technology was part of the equation in delivering a successful product but what it came in, how it looked and how you engaged with it were as important.

Too many technology companies failed to understand this and it's a measure of Jobs' and Apple's influence on the computing and mobile phone world that so many of them have been forced by the success of products like the iMac, the Macbook, the iPad and the iPhone, to re-evaluate their own product development and design processes. Why? Because Apple taught people who buy products to expect more from the people who made them.

So how does that explain the reaction to Jobs' death? Like Apple, Jobs was always just outside the technology mainstream. His outsider status made Jobs more famous in the IT sphere than if he had been the CEO of yet another PC maker. It also gave him the ability to take Apple beyond computers into music, for example, an area which touches people much more directly than computers have ever done.

iPods and iPhones expanded Jobs' and Apple's engagement with people to the point where he and the company resonated with the wider public far more widely than any of their rivals. By following his instincts, Jobs transformed his outsider status in the IT sphere into superstar status in the wider world. He is the first person from the technology world to do this. It will be interesting to see, as our engagement with technology becomes more pervasive, whether others will be generate the same level of response in years to come.