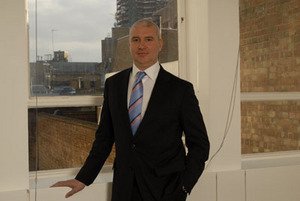 App-DNA has scooped a prestigious Synergy Award - the Oscars of the virtualisation world - for the second time running. Thankfully, CEO Mike Welling was British about it and refused to make a tearful speech
It's official: nobody in the world prepares you for virtualisation better than British boffins at App-DNA.
The verdict was handed down by virtualisation vendor Citrix, which gave the City of London based technology migration specialist its coveted Synergy Award in its Desktop Transformation category - for the second year running.
A conversation with App-DNA is the best way to start a desktop transformation programme, according to the judges at Citirix.
The company's expertise in Windows 7 migration and its know how in preparing clients for virtualisation were formally recognized at the Citrix Synergy conference in San Francisco.
An audience of 5000 top IT professionals from across the globe, and an estimated web audience of 10,000, heard Citrix vice president for services Mitch Parker sing the praises of the British migration specialist.
"Desktop Transformation is pivotal for Citrix customers and they're anxious to get results as soon as possible. App-DNA empowers customers to learn where to start a transformation project, guides the decision making and ensures confidence in new deployments. App-DNA is a fitting winner for this award," said Parker.
Recognition as a market leader should see a surge in interest from potential customers as a wave of virtualisation projects begins to sweep the UK. The company is still looking for reseller partners.
"It's an exciting time," said Mike Welling, App-DNA CEO. "Going into Citrix Synergy, App-DNA was already aligned with a worldwide system integrators. A third of the conversations we had at Synergy were with regional service providers and global system integrators."
APP-DNA and its partners help the world's enterprises to progress with VDI and Windows 7 migrations. In both cases App-DNA saves them time and cuts risk of desktop transformation.
Though systems integrators and VARs are understandable anxious to work with App-DNA - last year it was named was named the overall Best of Show award winner at Citrix Synergy - it is understood the company has not shut its door to any new partners.
Potential channel partners would ideally have vertical market know how and experience of Citrix XenDesktop XenApp, Microsoft App-V, Windows 7, Internet Explorer, VDI and Windows Server 2008 initiatives.