I don’t care what business you’re in, there are always people who get more than they deserve. Every occupation, from football to fund management, has its share of inexplicably feted fools. Some of these self-publicists incur massive losses for their employer, but somehow emerge unscathed from the wreckage and get themselves a new, even better paid job. As a rule, they’re generally good at two things: networking and notworking. 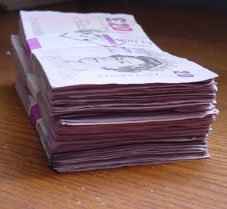 Way up the social scale, there is a parallel universe in which another class of NetNots makes an obscene amount of money from mismanagement. They sit on the board of quasi-autonomous non-governmental organisations (Quangos) and hoover up public funds to support their lavish lifestyles. Their rewards are way out of proportion to their contribution, which is negligible, and entirely linked to their social influence.

Sadly, there’s something of the Quango about the IT business. Though one would expect IT channels to be a meritocracy, this isn’t the case. If you are a good listener, with a sympathetic ear, you will hear hundreds of tales of channel woe. Many a reseller is taken for granted by their partner, while the vendor seems to lavish disproportionate amounts of time, money and support on some flashy VAR that they’ve ensconced in their Platinum channel.

This is because the IT industry is a people business. People not only buy from people, but they stick all the business through their friends. Which is not only grossly unfair to the hard working but unappreciated VARs, it’s massively damaging to the vendor. It means their marketing seeds are being scattered badly through the channel.

This is something Chandran Sankaran is determined to stamp out. According to his calculations, for every billion dollars a vendor earns, $150 million (15%) will be re-invested in performance incentives, rewards, marketing support and other channel funding. But of this, around one fifth is wasted on Quango-monsters who really don’t deserve the rewards. That’s thirty million dollars!

This happens because power corrupts, and absolute spending power corrupts absolutely. Sankaran should know, as he’s a veteran of the IT business, with time served at Closed Loop Solutions, i2 Technologies and McKinsey (all of which have scrupulously clean channels, we should point out).

Sankaran founded Zyme with the express purpose of helping vendors to see where their marketing money goes. Are rewards going to the right people? Are the most effective channel partners getting the support they deserve?

At the moment it’s impossible for many vendors to get a clear picture, says Sankaran, because that involves poring over historical data from the enterprise resource planning systems of multiple distributors. That information is not presented in a straightforward way. As a result, manufacturers can’t see which resellers work best for them in each country.

Zyme offers to create the instant transparency through a cloud based service which filters out information, re-sorts it into different categories, and presents the data differently. This ‘sifting’ of the channel will uncover the hidden gems and expose the ‘false gold’ of the Netnots, who talk a good game, but deliver nothing.

By exposing the iniquities Zyme’s cloud service will improve the circulation of marketing money to the resellers that are working, he says. “This will help resellers get the incentives, the support and the promotion they deserve,” says Sankaran.

If only he could re-engineer this system for other areas of public life in Britain. We could have a bonfire of the quangos.