You wouldn’t think we were living in the age of big data would you? 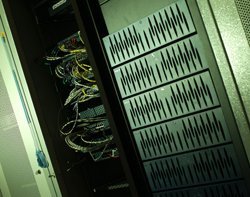 Most of the studies that filter into your Inbox seem to come to blindingly obvious conclusions. They always seem to dovetail perfectly with the marketing message of the company that commissioned them. They’re usually culled from such a tiny sample size that they’re not only statistically insignificant, you can actually guess how many people were interviewed.

Which is how we get studies telling us that: “A staggering 75% of those quizzed said they were concerned about IT security, but the other one (25%) skipped that question”.

We should be suspicious of the fact that nobody, in the history of IT marketing, has ever commissioned a report that reaches an unexpected conclusion. Until now, that is.

Two recent studies about the hosting industry have caused shockwaves. They’ve contradicted each other. They can’t both be right, so maybe – just maybe - someone has actually been brave enough to conduct an honest, scientifically rigorous study that wasn’t a foregone conclusion. But which one was it?

US storage vendor Iron Mountain announced the results of a study into the server hugging mentality of Europeans. (Server hugging is a condition identified by the market analyst Forrester. It describes any person who doesn’t feel safe unless they can physically touch their server. It’s usually used to poke fun at anally retentive IT managers. Or data retentives.)

The study found that 46% of we Europeans insist on keeping data on hardware that we can see, touch and control. This data paranoia among IT managers is particularly shameful among small to medium sized enterprises (SMEs), according to the report, which seems to poke fun at us Europeans for being old fashioned and stuck in our ways.

Selective anecdotes are relayed to shame us into changing our thinking. We’re invited to laugh at a couple of loony limey luddites. For example, one IT boss at a UK healthcare firm of fewer than 250 employees reportedly told researchers: “We are not allowed to store data anywhere else.” An SME UK retailer told researchers that its data was kept on site as: “it’s too sensitive and business-critical to put at risk.”

No wonder the sun set of the British empire eh? If we want to get on in business, we really ought to buy some hosted solutions, preferably using Iron Mountain’s world class storage systems.

On the other hand, service provider Blackbaud conducted a similar study and found the complete opposite pattern among its sample size.

Nine out of ten new clients opted for all their data to be hosted for them - in Amsterdam of all places. Not only that, but only a small percentage of users (19%) think that security of data is an issue. Even fewer (17%) expressed any concern about a lack of control with cloud-based systems.

This is evidence that the not-for-profit sector is becoming more confident about letting go of its servers and trusting its data to the cloud, said Blackbaud’s  general manager Elliot Gowans.

“Cloud-based services could almost have been designed with the not-for-profit sector in mind,” said Gowans.

Hang on a second though. This study was conducted amongst the not-for-profit sector. So does that mean charities and volunteers are more relaxed about our private information, whereas banks are not? Now that would be surprising.