As was recently covered in Microscope, there are many hundreds of tedious jobs in IT that have to be manually tackled. According to Firemon’s estimate, a typical corporation has 8,000 processes that are documented on spreadsheets, which means some hapless victim will be assigned to spend their days dragging information out of people, entering its into a series of columns and then manually acting on each entry. 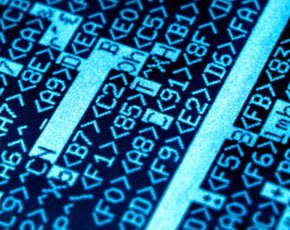 As we reported, the cloud is creating software tools that allow you to automate these drudgeries. But there aren’t enough people around who can do the automation, even though the web tools are ‘easy to use’ and ‘intuitive’. (Surely if they were that intuitive, there’d be no shortage of people who could do the work. Like many words in the IT industry, intuitive has come to mean something else.)

As a result, according to a EU sources, there will be a skills shortage in the digital sector of up to 1.3m jobs by 2020.

Meanwhile there is unemployment in the UK. There is a particular problem with the over fifties who, despite having years of practical experience running accounting departments, working as detectives or trading derivatives, one day find themselves deemed no longer fit for purpose. Unless you can type LOL or some cliché about ‘engaging content’ into several social media platforms, you’re regarded as unemployable.

So, in effect, there’s a massive surplus of experienced people on the employment market. And, simultaneously, a massive shortage of people with experience in business processes and a basic knowledge of how to code using an ‘intuitive’ system. (i.e a system that needs a few days training).

Can anyone spot a gap in the market? I’m glad I’m not the only one. Former head teacher Richard Rolfe and young entrepreneur Jordan Love have launched #NationalCodingWeek to get everyone interested in programming, including  people with life experience.

If we live in the ‘information economy’ surely experience is our most valuable asset. And yet, people with decades of hard won experience about office politics, business processes and the variation of cultures across different industries are generally shunned, in favour of people who don’t know their AAS from their elbow.

The lack of knowledge of business processes is the primary reason why many IT integration projects fail. Let’s face it, IT salesmen aren’t the greatest listeners in the world. They only ever stop talking in order to think about what they’re going to say next – meanwhile, your queries wash over them.

At the risk of making a massive generalisation, it might be said that women are better listeners than men. Surely, listeners are what we need in this industry. Which is why another movement, Women Who Code, could be useful too.

"Women Who Code UK is about helping women excel in tech careers,” says founder Sheree Atcheson. “Through a week like this, we can all work on showcasing amazing tech careers and prospects to girls and women all over the UK.”

Both this movement and National Coding Week could be useful to the channel, if they create an environment where people can learn useful skills from each other. If they did create that culture, that would be a massive achievement, however as the challenge is substantial. (My personal experience of government IT training was pretty grim. They are usually meaningless stunts to massage unemployment statistics. The training, such as it is, usually consists of some failed programmer reading out of a manual he doesn’t understand.)

The movement behind National Coding Week won’t be like that, says Richard Rolfe. I’m inclined to believe him, as he is a head teacher, so he knows infinitely more about the culture of learning than 99% of the goons and chancers who often get paid to train people. Secondly, old head Role and young entrepreneur Love might make a good team, as they possess what football managers like to describe as ‘the right blend of youth and experience.’

Another reason why this new initiative might work, and create some useful talent that the IT channel can harness, is that the culture of IT has changed since when I worked in it. I remember IT people being incredibly mean spirited and selfish – nobody shared any information as they seemed to think it devalued their own stock. That’s all changed now, says Rolfe.

“The millennial generation are not like that. They have grown up being used to sharing information. They put their entire lives on social media,” says Rolfe. Besides there are so many opportunities going - around 750, 000 digital vacancies in London according to Bloomberg – that nobody need to be greedy, he says.

“The world is big enough for everyone to have a slice of the pie and London is the app capital,” says Rolfe. Let’s hope he’s right.