The rise of DIY over the past 30 years has been something to behold. We’re now blitzed with TV adverts encouraging us to paint our own walls, hang our own wallpaper, put up our own shelves, assemble our own furniture, tile our bathrooms and kitchens. In fact, DIY has become so much a part of the mainstream that it even has TV shows dedicated to it. Even people who don’t enjoy it are sometimes forced to have a go. 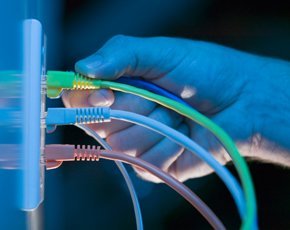 A big increase in home ownership numbers has had a lot to do with the inexorable rise in DIY and home improvement. People who do-it-themselves might get it wrong occasionally and be forced to call in the experts to save the day but they’re not viewed with disdain, contempt or pity for having a go.

Given this tradition for bypassing the experts, should we really be surprised that the first instinct of so many SME owner managers is to adopt the same attitude towards their IT and try and fix it themselves? After all, if we think we can do just as good a job as a professional painter, decorator or carpenter, why shouldn’t we think something similar when it comes to computers and IT equipment?

In recent years, IT has lost a lot of its mystery. PCs, hard drives and printers are all commodity items which many of us have had some cause to open up at some point. We might not have progressed to the point of digging into the guts and innards to the same extent as an IT expert, but some people feel fairly confident when it comes to diagnosing and fixing some technical issues.

A survey by Altodigital has found that 45% of SME owner managers have tried to fix their IT problems by themselves and 17% of them turned to Google to try and find the answers to those problems.

One big drawback is the amount of time owner managers spend DIYing their IT problems. Time spent fixing an email problem could be better served concentrating on the business instead. But that’s one of the trade-offs everyone makes when it comes to any form of DIY: their time against the cost of hiring a professional to do it.

Tony Burnett, group sales manager at Altodigital, believes owner managers are guilty of “a false economy” that could be costing more than they realise. “Not only could their lack of knowledge cause downtime or IT problems, but more importantly there is a significant time cost. And that’s time they could be spending running their own business”.

You can understand how lack of knowledge could cause problems elsewhere, DIYers might end up creating server problems, printing issues and email problems. Think of it as a bit like bursting a water pipe while digging up the garden to lay a patio.

We all know that feeling when DIY goes horribly wrong. That’s the moment when you wonder if it might have been better to get a proper builder, plumber, electrician or carpenter in to do the job. But unless things go very badly wrong, people are often tempted to carry on regardless. That’s a difficult attitude to shift and with people becoming more and more familiar and comfortable with IT, it’s going to be even harder to change.

The best strategy is probably to pitch managed services at a point where SME owner managers find the price so reasonable that they have no motivation to try and fix their IT themselves. The problem is that while owner managers are prepared (unwittingly) to waste as much as three weeks work a year trying to solve IT problems on their own, they’re probably only prepared to pay the equivalent of a couple of days work for someone else to do it.