Channel partners can make a lot of decisions for themselves when it comes to which vendors to ally with, what products to sell and what services to provide, but all of those decisions can be completely undermined with the stroke of a pen. Longstanding relationships and years of investment can be thrown in the rubbish bin overnight if a vendor decides to change strategy and cull partner numbers, pull out of a specific market, sell a technology business to a rival or buy a rival vendor. 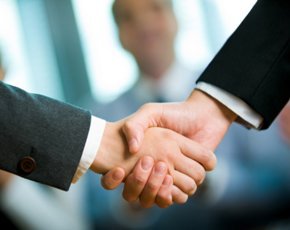 All of these things can (and do) happen. For example, I haven’t looked at this particular example in great detail but after IBM sold its x86 server business to Lenovo, there may have been some work involved trying to rationalise the two distribution channels. IBM’s distributors would find themselves suddenly operating with a different vendor while Lenovo’s existing distributors would be very keen to get access to the IBM server products.

In the best of all worlds, there would be an almost complete overlap between the two vendors’ distribution channels and the disruption would be minimal. In the real world, that doesn’t happen very often. In most cases like this, there would have to be a period of transition where some distributors were axed and others brought into the fold. Whatever the specifics of the IBM/Lenovo situation itself, you usually have distributors from one vendor being assimilated into the other’s channel model and probably given the option of adding more products to their portfolio.

Opportunities arise, obviously, on both sides. Distributors of the vendor that has acquired the technology can get access to more products, different resellers and more customers. Distributors coming over with the acquired technology might have the chance to sell other products into their customer base.

But however well these situations are managed, there are always casualties. And it’s also an opportunity for rivals to exploit any period of uncertainty by trying to unsettle partners and customers further.

With events outside their control capable of presenting such difficulties to their business and day-to-day activities, I suspect most channel companies would be overjoyed if someone told them all they had to do was “mind your own business”.