I have to admit that the story elsewhere on this website reporting that people in the UK ranked ICT as more important than Maths and English really got my goat. 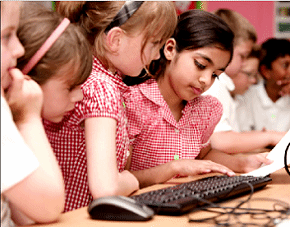 I’m not for one minute suggesting ICT and knowing how to use computers is unimportant, but isn’t that a bit like people during the industrial revolution putting “how to use a spinning jenny” at the top of the list or someone in a coal-mining area saying “how to mine coal”?

If people really believe ICT is more important than Maths and English, perhaps they could answer the question of how they managed to read the story to find that out? How did someone manage to write it? How did the people putting the survey together for Crucial work out which percentages each subject received when they asked the 1,100 Britons to rank the three subjects they felt were most important? Come to think of it, how did they know they’d asked 1,100 people?

I don’t disagree with people who believe that when it comes to three letter acronyms, ICT is one of the most significant, but in the end, it’s the three ‘R’s that are still the most important.