Scary news in MicroScope with the story that as many as one million B2B sales people could lose their jobs by 2020 as customers opt to use self-service e-commerce instead. 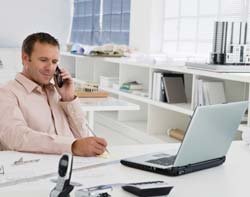 According to a report from Forrester Research entitled Death Of A (B2B) Salesman, users are increasingly demanding digital purchasing options and the trend is expected to continue over the next five years, leading to job losses as sales staff are able to add less and less value to the average transaction.

Can anything be done about it? Forrester puts forward a number of recommendations including pairing specific buyer archetypes with sales archetypes and creating websites that network B2B buyers researching online with call centres, inside sales agents, field sales professionals and their own internal websites.

There were two fascinating statistics unveiled by Forrester to support its prediction which suggested, to me, that this is an attitudinal shift rather than a technological one, even if it has been made possible by the technology. The first was that nearly 75% of B2B buyers say buying from a website is more convenient than buying from a sales representative. In addition, a staggering 93% said they prefer buying online rather than from a salesperson when they've decided what to buy.

Effectively, those numbers are saying that not only are people doing more business through websites but that they are actually becoming happier dealing with websites than with other human beings. Is that a process that can be reversed? I doubt it.

Today's younger people communicate more frequently with each other than previous generations but they don't do it by talking directly to each other. They rarely use their smartphones to call each other. Instead, they usually communicate through an Internet-based intermediary, be it Snapchat, Instagram, Whatsapp or Twitter.

Against that backdrop, should we be surprised if something similar is happening in the sales process? In the old days, people expected and wanted to talk to a salesperson or an account manager. Nowadays, it seems to have become an inconvenience or source of irritation. They'd rather deal with a website.

Sadly, in many aspects of modern life, personal communication is being outsourced and people seem more than happy to go along with it.