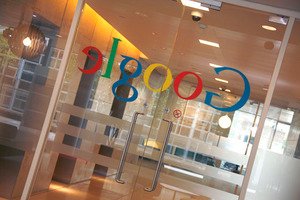 Unified communications and collaboration vendors should be anxiously looking back over their shoulders, because Google is on the move, according to research released by analysts at Frost & Sullivan today.

"Although Google has not officially announced this strategy it is evident that by continually adding new UCC applications to its portfolio and focusing on integrating them, the company is effectively entering the UCC market," said Frost & Sullivan's Dorota Oviedo.

Google has traditionally been largely ignored by the comms industry, perceived perhaps as a largely consumer-focused outfit that has little relevance to business, but already it is clear that the company is rapidly evolving.

Uptake of Google Mail as an Outlook replacement among SMEs, is undisputably on the rise, and it surely stands to reason that other services will follow. By the end of 2010, Frost & Sullivan says, Google Apps will have more than 90 different applications and when enhanced with Google Voice will "provide a very cost-effective UCC package for businesses."

This is clearly part of the trend towards consumerisation of business ICT that has seen growing uptake, and even acceptance, of social media tools in the workplace.

If you're selling unified comms and collaboration, it's time to accept Google is a competitor and up your game accordingly.