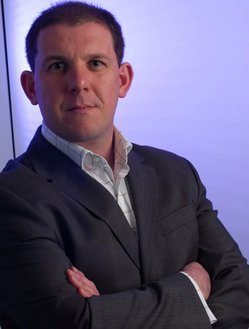 MicroScope puts its questions to David Caughtry, director of core technology at ComputerLinks

What is the best/worst advice you have received and from whom?
Best: My Grandad always encouraged me to give it my very best. If you have given your best no one can expect any more. Worst: "Go on, have one more." It never ends up quite as planned.

Tell us something most people do not know about you
I'm pretty open, so there is not really anything people don't know about me - that I would want them to know anyway.

What temptation can you not resist?
A bargain.

What is your most elusive goal?
Space travel. I would love to travel into space. I can't think of anything more amazing.

Where is the one place you would like to visit before you die?
Space. Why wouldn't you? The experience would be 'out of this world'.

Who helped you get to where you are today?
Too many to mention. There are people and actions that at the time you just don't realise have helped until much later.

Which bit of technology would you want with you if you were stranded on a desert island?
A satellite phone, fully charged. I could then call for help - although not straight away, as I'd like to explore the island first. Oh, and the Star Trek food replicator.

What was your first car and how does it compare with what you drive now?
A blue Ford Escort MK II - for four weeks before wrapping it around a lamp post. I'm not a big car fanatic. I currently drive a BMW 3 Series. I would describe the Escort as 'real driving' and the BMW as 'middle-aged' driving.

What do you believe in most?
Family. They give me all the belief that I need.

Do you have any pets? If so, what are they and what are their names?
I don't, but my daughter has a hamster called Snuffles. However, I seem to be the one who always cleans out her cage and has to rescue her from underneath the floorboards (Snuffles that is, not my daughter).

Who would you least like to be stuck in a lift with?
A politician. I'd hate having a conversation that doesn't include a straight 'yes' or 'no' answer.

If you were shipwrecked, who would you like to have with you and why?
My wife and two kids. If I were likely to have to spend the rest of my life there, I'd want my family with me.

Name three items (smaller than a fridge) that you would like to have with you if you were shipwrecked
A hamper full of instant food packs, a tent, and a book entitled Everything you need to know to survive when shipwrecked.

If you could be someone else for a day, who would you be and why?
It has to be a combination of person and place to answer fairly. I would say an astronaut taking his first space walk. However, as I have talked the space thing to death now, my second choice would be Spain's Andres Iniesta scoring the winning goal in the 2010 World Cup final. The adrenalin rush must have been unbelievable.

If you could be any animal for a day, what would you be?
A Tiger. They are amazingly graceful animals that demand the greatest of respect.

If a grizzly bear and a silverback gorilla decided to have a no holds barred fight, which would you put your money on and why?
The grizzly bear - unless the gorilla was King Kong. Although David did slay Goliath, for me it's all about height, weight, character and razor-sharp claws.

Why are you good at your job?
Because I always give it my all.

Describe your perfect night out
I can't, otherwise I would do it every night and it would get boring.

Do you prefer cities or the countryside?
Neither. The city can be too 'in your face', whereas in the countryside
you might not see another face. I prefer the balance of the city within reaching distance and partial countryside on your doorstep. Lucky I live where I do.

What would be your perfect holiday?
A four-week sabbatical to do what I want with the family. Fortunately, ComputerLinks offers just that.

Sum up the IT channel in one sentence
Like the baking of a good cake, if you get the right mix of ingredients it can be great, get some of the ingredients wrong and the it might not rise quite as you would hope