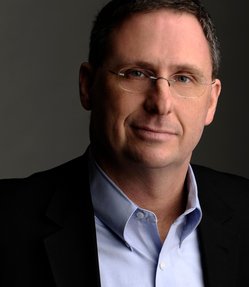 What is the best/worst advice you have received and from whom?
Best advice: Never take a job with "Special Projects" in the title
Worst Advice: Take the job that pays the most. (I did once and this was a disaster for me).

What is the best book you've ever read?
The best business book I have read is The No Asshole Rule, by Bob Sutton. The best non-fiction book I have read recently is Team Of Rivals, by Doris Kearns Goodwin. It is a fascinating study on how to set rival personalities against each other to achieve a goal, and how difficult this is in reality.

Tell us something most people do not know about you
I had 8 years of classical voice training as a child. There was a local university that wanted to start up a Vienna Boys' Choir in rural America. They still perform.

What temptation can you not resist?
Bacon, and almost anything at Wagamama.

What is your most elusive goal?
To be comfortably unemployed. After Oracle bought BEA, I was laid off. I quickly learned that I was world-class at not working, and I would like to try this again and improve further.

Where is the one place you'd like to visit before you die - and why?
Antarctica, because it is as close to outer space as you can get without leaving the planet.

What do you just have to do before you die - and why?
Climb a live volcano. Why, because I have a death wish, I think.

Which bit of technology would you want with you if you were stranded on a desert island - and why?
An airplane. I can't stand the heat. If an airplane is not available, I would like a Star Trek-style matter replicator so I could make one (you didn't say the technology had to be possible).

Who helped you get to where you are today?
One of my first managers went by the nom de guerre The R0ML, which was fashioned out of his initials. He inspired me both professionally and personally with his wisdom and strength of character.

What was your first car and how does it compare with what you drive now?
First car: 1965 Corvair AKA "Unsafe at any speed". I have always been suspicious that the first car my parents allowed me to drive was a well-known death trap. Perhaps I should have taken the hint...

Car Today: 1999 Honda CR-V (It can take anything I throw at it). Its not a bad car, but the backseat does smell like pickles, which is a direct result of having children.

What do you believe in most?
We're on this planet to make other people's lives better. Plain and simple. This has to do with how we behave as employees, managers, and even product developers.

Do you have any pets? If so, what are they and what are their names?
A dog, Bailey, which I am allergic to (but my kids aren't).

If you could be someone else for a day, who would you be and why?
Barack Obama, to see how he manages his time, and manages the stress. While the White House seems nice, I would hate to live in the same building as work. The commute seems nice, but it would feel like a prison after a while.

Who would you least like to be stuck in a lift with?
Al Gore seems like he would be totally stiff and formal and no fun at parties.

Describe yourself in one sentence
I am a technologist and political activist in San Jose California.

Why are you good at your job?
Hard work and a diverse background. I have done everything from acting to bartending, and working in a food pantry for the homeless. Knowing different levels of society gives you perspective on life, and also brings you in contact with folks who are so different from you that you can get a whole new way of thinking about things just by interacting from them.

If you were shipwrecked, who would you like to have with you and why?
Les Stroud, from the TV show SurvivorMan. At least we'd eat...something.

Name three items (smaller than a fridge) that you would like to have with you if you were shipwrecked
1. Digital Satellite Connection
2. AlienWare laptop with Skype
3. Thermal Rain Poncho (Thermal in case it gets cold. It does not say WHERE I'd be shipwrecked).

If you could be any animal for a day, what would you be?
My dog (see above). She leads a great life. All she does is eat sleep and...you know. It's very similar to my desire to be comfortable unemployed.

If a grizzly bear and a silverback gorilla decided to have a no holds barred fight, which would you put your money on and why?
Grizzly Bear. They fight dirty.

Do you prefer cities or the countryside? Explain why
Cities. Hard to get good takeout in the middle of nowhere.

Describe your perfect night out
Bruce Springsteen concert, and dinner at a Zagat 29 or above restaurant.

What would be your perfect holiday?
Any time spent in Italy. I am partial to a small town in Tuscany called Galluzzo. It has all the benefits of Florence without the cost.

Sum up the IT channel in one sentence
The IT Channel are a bunch of folks looking to survive on the basis of their technical skills, wits, and hard won business knowledge.