At tea time yesterday I stared at a screen and eventually an image materialised. I appeared to be watching some kind of Mad Hatter’s tea party. A chap with a microphone wandered among some weird-looking young men with angular haircuts.

A boy wearing what looked like a hat made out of hair spoke in riddles. Tech City is for revolutionaries, he seemed to be saying. New technology is location-independent. And it democratises society, he said. But it can only happen in a magic place called Silicon Roundabout. 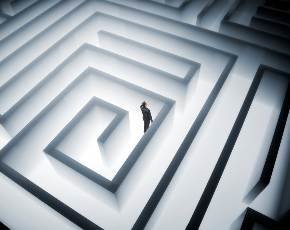 That’s why it’s desperately important that the government doesn’t turn all those empty warehouses into houses for the homeless. They should be reserved for the tech start-up elite only. Otherwise, dotcom entrepreneurs will never be able to be cool, and there’s nothing worse for a location-independent start-up than not being able to live cheaply in a fashionable area.

Curiouser and curiouser, I thought. Well, so much for democratising society. So much for Bite Night and sympathy or the homeless. So much for location-independence. Disruptive technology is all very well, it seems, but woe betide anyone who might make your journey to your next meeting take 30 seconds longer.

The IT industry is full of terms that seem to mean exactly the opposite of what you’d expect. This morning I got an email about Entatech’s new Golfing Getaway competition. I was halfway through my entry form when I realised it was nothing to do with making golf get away. In fact, it appeared to be exactly the opposite. If you won, you’d be surrounded by golf mad IT salesmen with silly trousers and peaked hats.

A new survey, reported on by MicroScope this week, seemed to suggest that cloud computing is another branch of the IT industry that takes liberties with the language. Nothing ever seems to mean what you’d expect it to.

When someone says they’re IT agnostic, it doesn’t mean that they are not sure about the existence of IT but don’t feel confident enough to deny it. In fact, it means they’re so enthusiastic about computers they’ll work with anything. Well why don’t they say that? What’s this agnostic business about? Let’s hope their programming syntax and SLAs are a bit more accurate.

The agony will continue next week. On Tuesday there’s an event called Disrupting Europe, which is all about disruptive technology. Good grief, a series of stoppages are the last thing we need at the moment. What are these people thinking?

On further examination, it turns out that this event is for new inventions that will make us work more efficiently. Along with established oldies like EMC and VMware, there will be companies with new ideas about getting things done faster and cheaper, like NuoDB, CloudTP and Softlayer.

NuoDB promises to make databases for online transaction processing cost less to run, by dint of being more scalable and manageable. Softlayer is a cloud infrastructure provider and CloudTP (if I’ve understood them properly) helps companies complete their migration to cloud computing, because it’s a lot harder than anybody warned them when they started out.

Meanwhile, I’m buggered if I can understand what Acquia does, based on the description they gave me. But it’s worth investigating because it was founded by Dries Buytaert, the original creator of the Drupal project. He’s got $70m in venture funding from Goldman Sachs, North Bridge Venture Partners and Sigma Partners, so he must have another convincing story to tell.

If only he spoke the same language. After Tuesday, I hope to be able to report on what they do. In English.