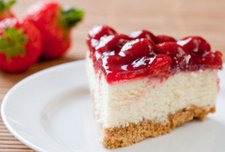 Would you like to take a look at the sweet trolley, sir? Any tea or coffee for you? Just a mint, then? It is ... wafer thin...

If the Board over at acquisitive channel comms provider Daisy Group are to be taken at their word, then it looks like it's time for the bill, and happily, this meal is going on the corporate Amex.

In its annual results release today, the firm said it was winding down the rate of acquisitions and wanted to concentrate on growing its business through ramping up its products and services offerings.

Since its inception in 2009, when Yorkshire-based comms reseller Daisy Communications was bought in a reverse takeover by Freedom4 (formerly Pipex), AIM-listed Daisy Group has eaten its way through a swathe of the British networking sector in line with its stated strategy of consolidating the fragmented SME comms space.

In April, the firm bought Cole Robert & Co, a wholesale comms and internet service provider that specialised in white-label broadband.

Then, after securing a new banking facility in June, Daisy embarked on the next course of its epic buy-and-build tasting menu, picking up mobility distie Fone Logistics and data connectivity and hosted comms provider MurphX IS in quick succession.

The group took another break, although in-between courses it cleansed its palate with the acquisition of Telstra's business customer base in the UK, before buying hosted VoIP and Mitel reseller SpiriTel in November 2010. Healthcare services business NEG MBO Two followed just before Christmas.

Daisy was to make two further acquisitions before the end of the financial year, in the shape of competitor O-bit Telecom and the mobile services unit of Outsourcery. Post-year end, it has bought the trading assets of Telinet Ltd and certain parts of Ipitomi Ltd from parent company Niu Solutions Holding Ltd. Consider them the cheeseboard...

Of course, as a result of all this activity Daisy is yet to make a profit, and so in all honesty I think the decision to scale it back a little, regroup and concentrate on shoring up the business for future organic growth is the right strategy at the right time. There are, after all, shareholders who need to be kept happy.

But in a way it's a little sad to learn that the buy-and-build strategy is to slow down; Daisy had come to be relied on for a steady drip feed of juicy acquisitions, and it seems like MicroScope has reported on most of them at some point.

But something tells me that we ain't seen nothing yet...

After all, back in 2009, Daisy said its ambition was to build an independent powerhouse that could conceivably challenge the dominance of BT.

Despite the business' obvious success it clearly hasn't reached that point yet, but I absolutely expect more big things from Daisy, and will be watching this new phase of its life with great interest.