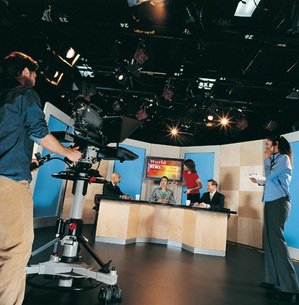 Channel 4 is looking new ideas for using technology to save electricity, for a new programme being made in association with E.ON.

They want you to go to their website and submit your product ideas/surrender your business secrets (depending on whether you've taken out a patent) for a new five part series that seeks to 'revolutionise' the way we use energy.

It doesn't matter if it's for work or play, as long as your 'next-generation technology' will change the way we live.

"We really want to find new and original products," says series executive producer Dan Adamson of programme makers TwoFour. "The series is a great opportunity to give budding entrepreneurs a national audience for their creations."

The programme makers have told us that they expect people to have patented their ideas, a painfully expensive and time consuming process that will frighten off most of the 'budding entrepreneurs' that they hope to attract.

Which leaves the field open to Britain's IT developers to clean up.

Don't worry, from my experience of TV production companies, most of them won't know a thing about the subject they're filming; you could tell them you'd just invented direct current and they'd believe you.

Which means the TV show could be an open opportunity to promote your company.

Threats? Well, some TV companies aren't exactly scrupulous. They set people up and edit the footage to make them look like idiots. They're endlessly conning viewers into phoning premium rate numbers for rigged competitions. Compared to many TV producers, even the lowliest tabloid newspaper reporters from the bad old days of 1970s Fleet Street are boy scouts.

And yet, and yet. There are some good people in TV. We are sure that TwoFour is one of the honest companies.

Dan Adamson won a BAFTA for his work on the first two series of The Apprentice. So he must understand business culture very, very well.

We all know how perfectly The Apprentice captures the zeitgeist (as they say in TV) don't we?