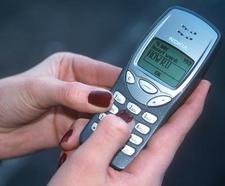 Throw out the iPhone. Bin the HTC Hero, smash the Samsung Galaxy. It's time to dig out the old Nokia phone that you tucked away for emergencies.

Yes, just days after Ofcom released its proposals to open up the 2G spectrum to 3G mobile internet services, supposedly enhancing the networks' ability to provide broadband services, T-Mobile, one of the last remaining operators to allow users to download decent amount of data under their so-called 'fair use' policy, has pulled down the shutters.

You couldn't make it up!

T-Mobile seems to be unaware of (or maybe it just decided to ignore) the fact that many of its customers signed up specifically because while a far cry from the good old days of unlimited data usage, its limits were far more generous than the other operators.

In fact, the small print states that customers will always be able to browse as much as they like without extra charges. In T-Mobile's world the policy will apply to video streaming, file downloads and gaming.

This is something that I was under the impression came under the heading of browsing the internet, so clearly T-Mobile is now qualified to edit the dictionary, too.

"It's only when you go over the fair use amount that you won't be able to download, stream and watch video clips," said T-Mobile in a statement, without giving any clues as to how it might tell the difference.

"If you want to download, stream and watch video clips, save that stuff for your home broadband," said the hapless operator.

But wait up, T-Mobile, the smartphone has been designed and marketed exactly for that purpose. The new policy flies in the face of everything that the end-user has been sold.

In T-Mobile's world, it seems almost as if you'd be better off using that phone that seemed so cutting-edge 10 years ago.

It's time for people to stand up to the greedy mobile networks and force them to invest more in the infrastructure needed to provide a decent standard of mobile broadband to anyone who wants it. Let's face it, they have the dosh, and it's not as if Vodafone has been paying much tax lately.

Above all, it's time to challenge their policy of defining absurdly restrictive limits on mobile data as 'fair use' under an 'unlimited' plan. It fact, it should be described as 'unfair use' and 'limited'.

But until the Big Four follow in 3's footsteps, I fear rip-off Britain will never be able to realise the full potential of the smartphone.