Workers in the Chinese factories that make Apple products continue to be poorly treated, according to a BBC investigation aired last night.

The Panorama one-hour special sent a group of reporters to work for Pegatron, one of the Chinese factories used to produce Apple hardware. The undercover footage revealed a routine disregard for health and safety, as well as workers regularly working above 60 hours per week. Workers were filmed falling asleep while operating machinery and being aggressively ordered around.


The BBC also swam further down the supply chain – to the Indonesian island of Bangka – where almost a third of the world’s tin originates from. Despite Apple’s insistence that it does everything in its power to ensure materials are ethically sourced, the BBC managed to create a link between illegal miners, who work in incredibly dangerous conditions, and two of the smelters that held contracts with the US tech giant.

Apple refused to be interviewed for the piece, but did respond, saying that it strongly disagreed with the BBC’s conclusions.

Of course, the conditions seen in the undercover footage are abhorrent. There were clear breaches, not only of health and safety guidelines, but of human rights and dignity – and this should not be tolerated or endorsed by any of us. 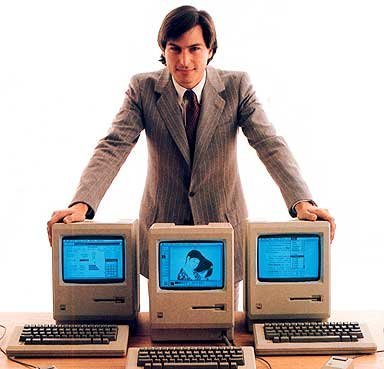 But the BBC was wholly wrong to single out Apple, as if it were somehow solely responsible for the poor working conditions. The fact is, Apple’s sheer size makes it the easiest target around and rather than explore the underlying issues, the BBC took a cheap shot.

It would be almost impossible to find a large scale manufacturer of technology that does not have the same problems in its supply chain. Pegatron, the Taipei-based company at the heart of the Panorama investigation, also happens to make Surface tablets for Microsoft and Hudl tablets for Tesco. Neither of these companies were mentioned by the BBC.

However, even if the BBC had gone after Pegatron, or Foxconn, or any of the other OEMs, it still would have been a totally misguided investigation.

The reality is that this story should have been focused on the governments that continue to turn a blind eye to these miscarriages of human rights in the name of progress. During the Industrial Revolution, British workers were subjected to the very same vicious working conditions, where – as Dickens put it – ‘nature was as strongly bricked out as killing airs and gases were bricked in’.

Do you think it was the factory owners or the government that introduced fairer wages, passed acts that safeguarded the rights of employees and ultimately brought about change? The BBC should have perhaps asked itself this question before launching such an elaborate witch-hunt.

Of course, Apple is not blameless; with more than twice as much cash in the bank than Uncle Sam, Apple could afford to offshore its manufacturing to the moon - if it really wanted to. As one of the China’s largest exporters of high-end tech, it certainly has the power to affect change on the ground. But for the BBC to place the blame squarely on Apple, without exploring the wider issues, is irresponsible journalism.